The government will develop more smart city residential projects under the 12th Malaysia Plan, in a bid to make Kuala Lumpur and other cities in the country to be at par with smart cities in developed nations, said Housing and Local Government minister Zuraida Kamaruddin.

A smart city is a city that incorporates information and communication technologies to enhance the quality and performance of urban services, including energy, transportation and utilities, in order to reduce resource consumption, wastage and overall costs.

“In the next five years we should be able to achieved at least 70 to 75 per cent (smart city index) from the current 52.83 per cent,” she told reporters at the 5th Smart Cities Asia 2019 here, today.

This year’s IESE Cities in Motion Index (CIMI) saw London topped the list as the world’s smartest city with a score of 100 per cent followed by New York in second place with a score of 94.63 per cent while Kuala Lumpur stood at 100th with 52.83 per cent.

The IESE Cities in Motion Index published by IESE Business School of the University of Navarra, Spain aims to evaluate cities in relation to the nine key dimensions including human capital, social cohesion, the economy, governance, among others.

Zuraida noted that cities like London for example, is a matured city, therefore its achievement as a global smart city is higher.

“We are also moving towards that. We want to be more digital, using more LED lights, apply data management, improving wifi speed and lesser traffic,” said the minister.

However, asked on the allocation for her ministry in the upcoming budget, she said they had yet to finalise the matter.

Earlier, the Federal Department of Town and Country Planning (PlanMalaysia) said the government would be launching a Smart City Council under the Malaysia Smart City Framework 2018-2025 by year-end.

The framework advises chief ministers and menteri besar of all the 13 states towards creating smart cities which are liveable, workable and sustainable.

The council would have 78 indicators under its framework. 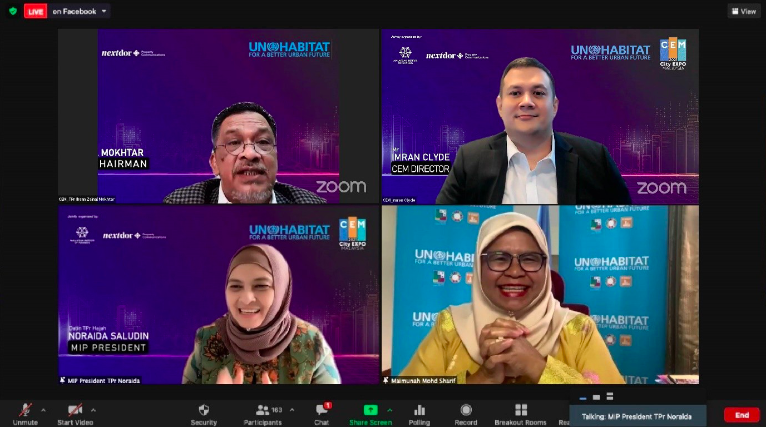