The term ‘house flipping’ refers to the buying of a house at a low price and reselling it at a high price, and is a well-known strategy among property experts to get good easy profits. An active practitioner of this activity, SP Property and Management Director Shahrezad Musa, 31, who operates around Senawang, Ampangan and Sendayan here, buy auctioned and dilapidated sub-sale houses and renovates them before reselling them for a tidy profit.

However, Shahrezad is not driven purely by profit because his priority is also to help the poor. Unlike other property hunters, Shahrezad sells his houses well below the market price so as to help those in the B40 group own homes.

"What I am doing is called house flipping and I am known as the  'N9 flipper’ among my friends. I buy houses under auction or a decrepit sub-sale house at cheap prices."

"I will then renovate and beautify the house from A to Z including repainting, repairing and modifying before reselling it. I will usually look at the buyer's financial capability first and if he is in the B40 group, I will sell at an affordable price," he said to Bernama when met here. 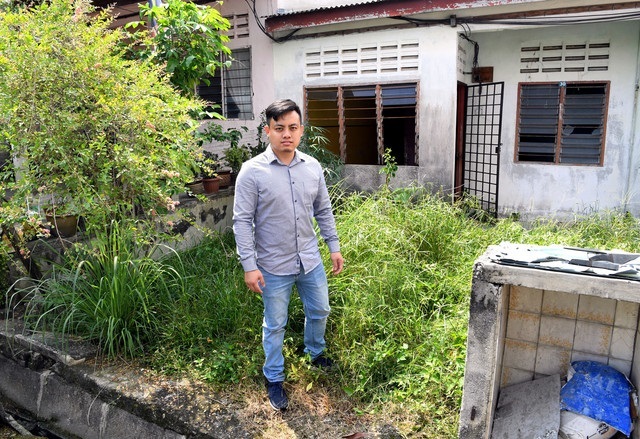 Shahrezad also said that he would not demand a deposit if he thinks that the buyer is financially strapped. "I also buy assets to sell to those who can afford it, but I still try to keep the price below the market."

"My goal is to reduce abandoned houses in the state as well as to make a profit, but at the same time I also want to help people," he said. Shahrezad said he started to get involved in this activity in 2012 when he faced financial difficulties preparing for his wedding.

"With a capital of merely RM10,000 I submitted an auction tender for a terrace house with the market price of RM160,000 at Taman Panchor Jaya. It was at that time being auctioned at RM80,000."

“I got lucky and won the house at the reserved auction price. I then painted, cleaned and washed the house myself before putting it up for sale” he said.

"I got married using the money I gained from that sale and from there, I got more serious in the flipping business. Now, I run my own company with five employees,” he said. 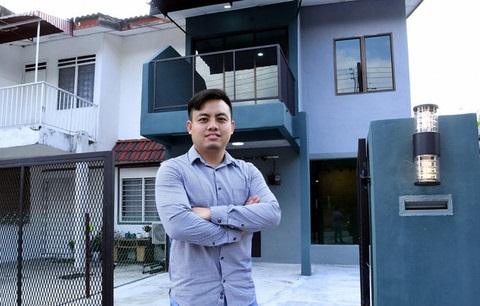 Recounting his experience in flipping, Shahrezad said after buying an abandoned house, he and his team would normally take about two to three months to re-do it, depending on the weather.

He said entering houses that have been left abandoned and empty for a long time has its own risks, such as dealing with venomous animals and mystical elements.

"Once I suddenly got attacked by an unexplainable itch every dusk for five days. I went to see a religious man and the Ustaz said that I might have encroached into some mystical being's home.  And another time, there was an old altar of worship in the house I bought, and I had a lot of problems renovating that house. Everything became slow as I kept losing my things only to find them somewhere else."

Shahrezad said flipping could be a very profitable activity but needed a lot of mental and physical preparation as well as the capital, networking and knowledge.

"Imagine if we have invested a lot in a house, but we fail to sell the house for many years due to poor demand for that location. That is why knowledge and experience are very important,” he said.