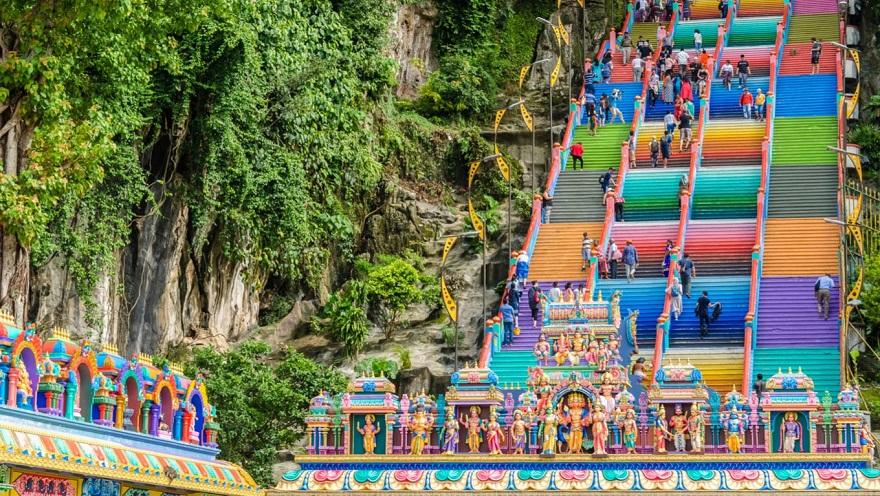 Logo for Visit Malaysia Year 2020 Likely Out in July

According to him, all preparations for VMY 2020 is being conducted both at home and abroad.

“To further boost the VMY 2020 campaign, we will be launching a logo soon... it can be said that 60 per cent of the preparations has been made, we have also participated in the World Travel Market and Arabian Travel Market,” he said.

He was speaking to reporters after the Opening Ceremony of the Malaysia-Thailand Cultural and Sports Tourism Fair, here.

Earlier, Mohamaddin, in his speech, said the yearly event is the best platform for Malaysia and Thailand to promote cultural diversity and many attractions in Narathiwat.

“Malaysia and Thailand, both active members of the Association of Southeast Asian Nations (Asean), enjoy cordial diplomatic relations and share strong bilateral ties in areas such as sports, tourism, culture and connectivity and socio-economic developments in border areas,” he added.

In the meantime, when asked about the proposed building of a 21-storey building at the Malaysian Tourism Centre (MaTiC) in Jalan Ampang, Kuala Lumpur, he said it had yet to be decided.

In the meantime, when asked about the proposal to build a 21-storey building at the Malaysian Tourism Centre (MaTiC) in Jalan Ampang, Kuala Lumpur, he said it had yet to be decided, adding that it has also not been tabled and approved by the Cabinet.

A portal had previously reported that the Ministry of Tourism, Arts and Culture was planning to build an administrative building in the MaTiC area.

“The RM255 million ringgit worth 21-storey building project was seen to have affected MaTiC’s old building with Dewan Tunku Abdul Rahman there, classified as a national heritage in 2018, according to the report.

It was approved by the previous government in 2017 but its status is still dependent upon Pakatan Harapan after the party’s victory in May 2018.