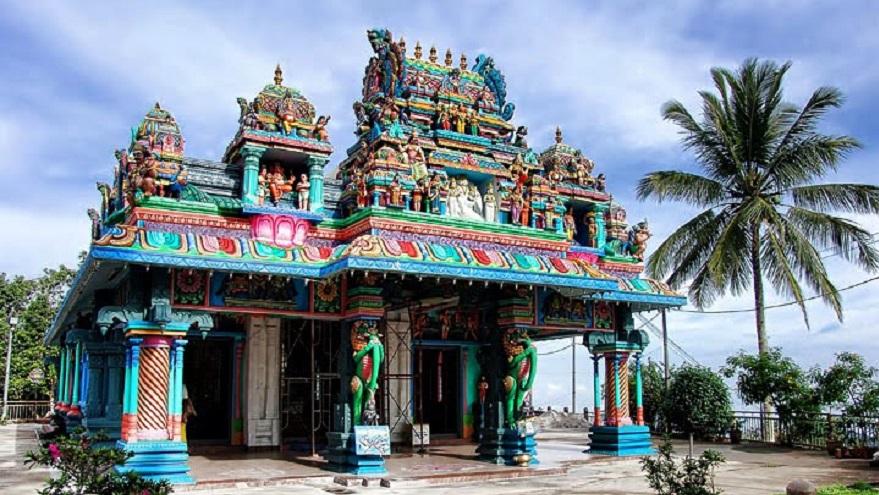 The only Hindu temple on Penang Hill here is set to become a grand tourist attraction after undergoing major restoration work as part of its 12-year consecration ceremony culminating on 14 June 2019.

The 150-year old Sri Aruloli Thirumurugan temple has been painted a myriad of colours in a unique "mambalabaram" style, the first such attempt outside of India.

Over 500 litres of paint were used to get more than 20 different shades of colour, the Chief Artisan GK Udhaya Shankar Sthabathi said. He said it was not easy to paint a temple in such cool weather to achieve the desired effect. RM200,000 and three years were spent to complete the painting and structural repairs with the help of 31 artisans from India.

After graduation, he went to study under an expert in Kanchipuram, Tamil Nadu, India, which is famed for its beautiful temples. Udhaya took five years to earn his "shirpa shastram" qualification in temple architecture science, making him the only Malaysian with such a qualification.

"I'm fascinated and in awe of South Indian temple architecture," he told FMT. "I still have much to learn."

The temple is 750m above sea level, overlooking Penang Hill's northern jungles and the Melaka Strait. Temple Chief Arunasalam "Raja" Marimuthu said during the 2017 flash floods, which caused landslides on the hill, many of the temple statues had to be moved to a safer place but the temple structure remained undamaged.

The temple began as a small shrine in the 1870s, when Europeans were borne to the top of the hill in sedan chairs by Indian carriers. It took six carriers to carry one person to the top of the 4km trail. This was before the advent of the funicular train service.

A proper temple was built in the 1970s as a place of worship for the Indians, who were easily the largest community at the hill resort. They were mostly the helpers of affluent residents staying in posh bungalows.

Raja said today's consecration will be attended by dozens of yogis from India and around the world. He said water collected from the sacred rivers of Kailash and Kasi will be used in the consecration ceremony.