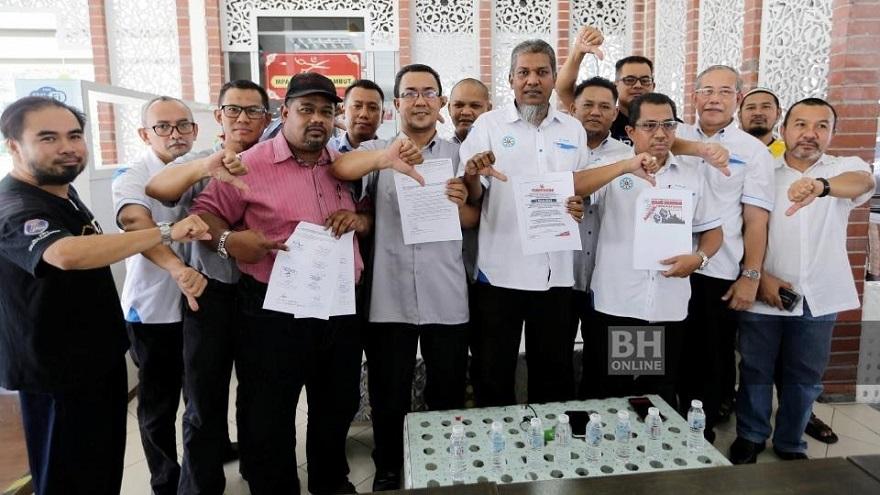 
Residents of Bandar Puncak Alam, Bandar Saujana Utama, and Alam Jaya here are urging the Kuala Selangor District Council (MDKS) to cancel or review the proposed implementation of the new parking payment system, which will take effect on July 1.

Puncak Alam Residents Association Chairman Mohd Hanif Md Sultan said the action of MDKS to implement the parking charges was done unilaterally without taking into account the opinions and economic status of the residents.

"MDKS should have addressed all the problems arising such as unsatisfactory quality of cleaning services, poor road maintenance, non-functioning street lights and the issue of flash floods faced by the residents here first."

"Besides, the infrastructural facilities in Puncak Alam are still incomplete such as the absence of a police station, fire and rescue station, bank, government agency and utility providers' offices," he told a press conference on the protest against the parking system.

Mohd Hanif, who is also the Sinar Alam Resident Association Chairman, added that certain areas which should have been omitted from the system were also imposed parking charges such as shop lots at residential areas, despite not being commercial areas.

"The expiry of parking operation hours until 6.30pm is also illogical as the office hours end at 4.30 pm to 5 pm," he added.

Meanwhile, Khairul Annuar said that there was no official notice on the implementation.

"We came to know about the matter via Whatsapp and MDKS Facebook applications and not through an official announcement," he added.

He said that Saujana Utama residents, the majority of whom were tax-payers, still questioned the quality of works of MDKS until this day which was not satisfactory including damaged street lights, pot-holed roads and garbage collection not according to schedule.

"(MDKS) need to boost their quality of work first and be upgraded to the municipal status before implementing parking charges," he added.