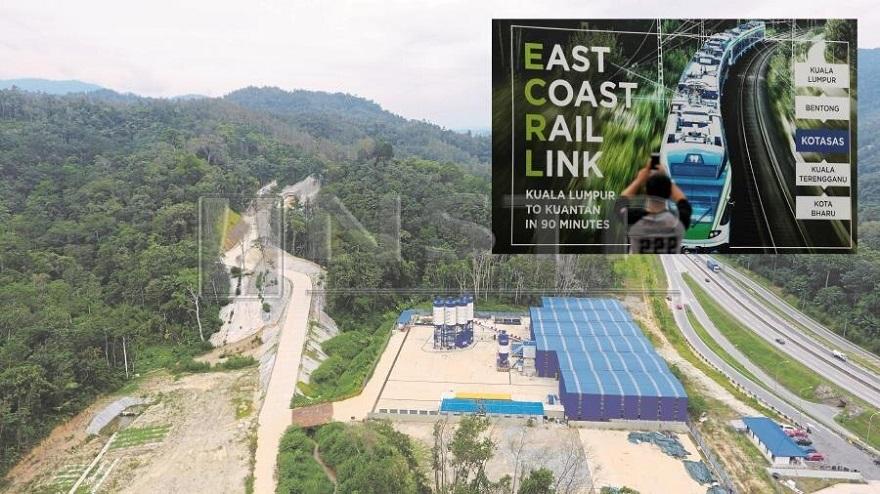 The East Coast Rail Link's Kota Baru-Dungun route will be redesigned to avoid tunnelling works in soft-soil areas. The stretch concerned will see the alignment adjusted inwards in certain locations.

"This portion of ECRL will start early next year when the new design and alignment are formed," said a source.

The rail project is back on track after its price was slashed by 34% from RM65.5 billion to RM44 billion following renegotiations with China. ECRL comprises three sections - Kota Bharu-Dungun, Dungun-Mentakab and Mentakab-Port Klang. The Mentakab-Port Klang route will have a completely new alignment, said the source.

Sources also said that tunnelling works by Chinese firms have begun. "Tunnelling works are excluded from the 40% civil works allocation for local contractors," said a source.

"The Chinese companies or the main contractor, China Communications Construction Company Ltd, will do all the tunnelling works."

ECRL will have 20 stations between Kota Bharu and Port Klang.

Kelantan will have two, in Kota Bharu and Tok Bali; Terengganu will have six, in Kg Raja, Kuala Terengganu, Pengkalan Berangan, Dungun, Kemasik and Chuka; and, Pahang will have seven, in Cherating, Kuantan Port City, Kuantan Port City 2, Kota SAS, Gambang, Maran and Mentakab. A station will be built Negri Sembilan, and four are being planned in Bangi/Kajang, Putrajaya Sentral and Port Klang.

According to a map on the Malaysia Rail Link website, another station is to be built between Putrajaya Sentral and Port Klang, but it has yet to be named or specified.