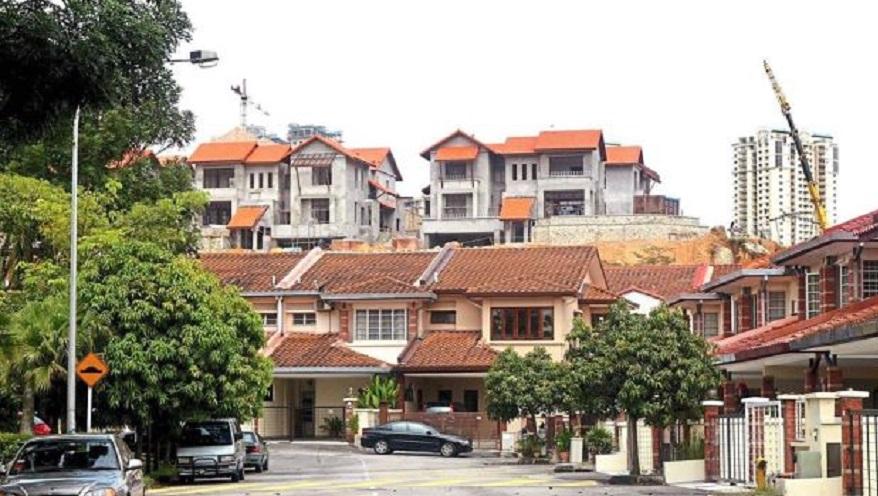 
Many Malaysians view that property prices are still too expensive and the prices have continued to rise at an unacceptable pace despite the introduction of the National Housing Policy 2.0 and goodies offered during various homeownership campaigns. A survey conducted by property online platform PropertyGuru revealed that a majority of Malaysians are still not satisfied with the current prices.

This sentiment could dampen the public's earlier optimism on the government and private sector's efforts to increase housing affordability for the masses.

"The sentiment comes amid widespread perceptions that property prices remain high in the country with unfavourable market timing, and a lack of capital and good financial options cited as challenges by property seekers," the PropertyGuru Consumer Sentiment Survey for the second half of 2018 (2H18) noted.

The survey was conducted with a group of 944 participants comprising 30 to 39-year-olds from the professionals, managers, executives and businessmen demographics in the Klang Valley.

86% of the respondents feel that the property prices are still expensive and overpriced, with 76% of them opined that the prices have increased too quickly.

Despite that, the public feels that the new government has been putting all the efforts they could on the table to improve the situation.

The report also showed an increase in the public perception of making house ownership possible by the relevant agencies, albeit by a small figure.

According to PropertyGuru, in the first quarter of 2013 (1Q13), 93% of the participants of the survey expressed dissatisfaction with the available housing initiatives.

"This has decreased to 63% in the recent 2H18 survey, with satisfaction rising from 7% to 22% over a similar timeframe."

"These movements reflect increasing confidence in the public sector initiatives over the past few years, with Malaysians wanting the government to up the ante in their initiatives to provide more affordable national housing for the masses," PropertyGuru Malaysia country manager Sheldon Fernandez said.

The report also revealed a low uptake of existing affordable housing programmes, despite demand for such initiatives.

Of the total respondents, only 19% have applied for the popular 1Malaysia People's Housing Scheme, while 4% to 9% of them have participated in other initiatives such as the Rumah Selangorku, Federal Territories Affordable Housing Project, My First Home Scheme, 1Malaysia Civil Servants Housing Programme and MyHome.

"A large segment of home seekers is either not qualified, or unaware about the existing affordable housing initiatives. That has deterred them from applying for or even considering these options."

"Another challenge is the lack of consensus on what exactly constitutes affordable housing itself. Baseline prices vary from location to location."

"That being said, the majority (nearly eight out of 10) of the respondents considered properties in the RM300,000 to RM500,000 range to be on the affordable spectrum," Fernandez added.

The survey also found that more than half of the respondents resorted to withdrawing their Employees Provident Fund savings at least once to purchase properties.

It said regardless of price movements, household incomes in Malaysia have failed to rise to be commensurate with the cost of living, causing many to cite unfavourable timing and market conditions as a factor in the property decisions.

"67% of Malaysians have a budget of RM500,000 or less for property purchases," Fernandez said.

The data is supported by recent Bank Negara Malaysia reports, which found that 61% of loans approved in 2018 were undertaken for properties below RM500,000. In total, banks distributed RM133 billion in home financing to some 350,000 borrowers during that year.

"Given income stagnation in the country, the younger generation has been particularly hard hit by property financing issues. More than 70% of home seekers under 29 years of age see prevailing interest rates in Malaysia as excessively high," Fernandez added.

Location-wise, the PropertyGuru Market Index 1Q19 report found that Klang and Shah Alam are areas with high demand for affordable properties. This demand is catalysed by the upcoming Light Rail Transit Line 3 alignment linking these areas to the city centre.

Moving forward, the new government's efforts to boost homeownership will act as a catalyst for the market correction.

"With the recent economic trends and the new government, we are also seeing positive developments and a stable employment market."

"Nevertheless, home ownership is still a far cry for many as there is still a demand-and-supply mismatch. This is reflected by the overall trendline decline of the PropertyGuru Market Index," Fernandez said.

"This indicates dampened sentiment on the part of sellers, with asking prices moving downward in the midterm and sideways in the short term," the report revealed.

"Government initiatives such as the Home Ownership Campaign are expected to stimulate buying appetite in the short to mid-term. This is seen in the increase in the Property Sentiment Index to 44 in 2H18 from 39 in 1H18, as well as the increase in asking prices for Kuala Lumpur (KL) in the said period," it said.