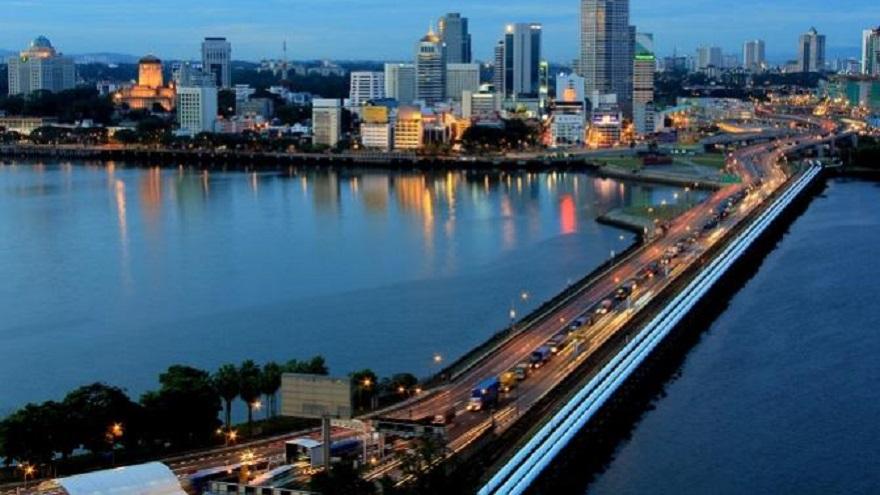 The Johor government hopes the Rapid Transit System (RTS) project will be implemented to ease congestion at the Causeway although its construction has been suspended until Sept 30. RTS will overcome traffic congestion, give a positive impact to Johor's economy and prove that Malaysia and Singapore can cooperate to resolve their common problems.

"Many Johor people travel daily to work in Singapore, so it's our hope," he told reporters after presenting Hari Raya cash aid to 100 students at Universiti Teknologi Malaysia (UTM) on May 21.

"We are aware (of the Malaysia-Singapore agreement to suspend the project) but the hope in Johor is that the RTS project will be continued."

Sahruddin was commenting on the signing of a supplementary agreement between the two countries in Singapore this morning to allow for a six-month delay to the RTS project.

He also said the state government welcomed the proposal by former Johor Menteri Besar Osman Sapian for the construction of a third bridge between the two countries.

"A third bridge is also welcome. Whatever development to make it more comfortable for Johor people to travel to and from Singapore is welcome by the state government," he said.

Johor Public Works, Transport and Infrastructure Committee chairman Mohd Solihan Badri said the postponement would give time for tweaking the project to ensure the RTS fare would be reasonable.

"RTS will overcome traffic congestion, give a positive impact to Johor's economy and prove that Malaysia and Singapore can cooperate to resolve their common problems," the Tenang assemblyman told Bernama.

He said Johor and Singapore should also develop the ferry services now linking several jetties in the two countries.

"I am confident that when RTS is completed, the tourist industry will also benefit," Solihan said.