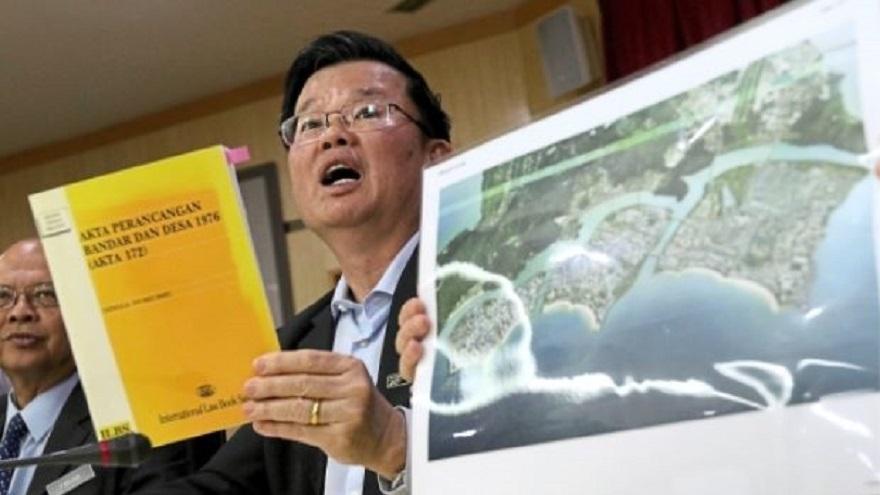 The Penang government is always prepared to accept any feedback and suggestion from any party, including non-governmental organisations (NGOs) which protest the Penang South Reclamation (PSR) project. Chief Minister Chow Kon Yeow said the state government and the PSR project developer will discuss all suggestions and protests sent to it, before taking mitigating measures on issues raised.

"All this while, the state government has been receiving feedback and suggestions on the project. We always take the appropriate action to resolve it," he told reporters after attending a Hari Raya Aidilfitri hamper presentation event.

Chow was commenting on the protest sent by 15 NGOs regarding the PSR project which they claim would not only affect the environment and marine life in the state but also the marine environment in north Perak.

Commenting further, Chow said the state government expects more issues to be brought up while the PSR project was underway and it was prepared to study all of them.

"Once the project is approved, I can expect more issues to be brought up, we will listen to the problems of the local community, such as disturbances from the PSR project," he said.

Chow added that besides a special team which would provide clarifications and help to fishermen, the state government will also set up other special teams, including one for compensation payments, placement and new amenities to those affected by the project.

The PSR project planned by the Penang State Government to finance the Penang Transport Master Plan is expected to cost RM49 billion to resolve the problem of traffic congestion in the state.

The PSR involves development projects on 1,700 hectares of three man-made islands which are expected to compete with Marina Bay in Singapore.