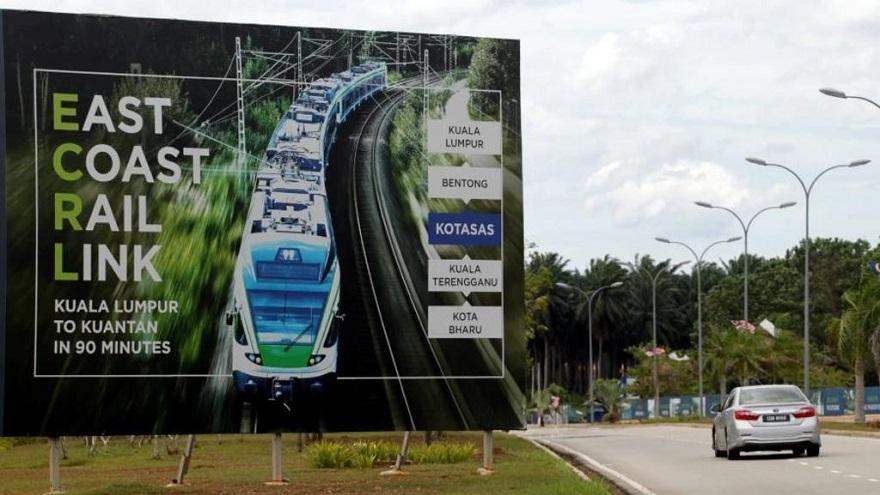 The RM44 billion East Coast Rail Link (ECRL) is expected to contribute 2.7% to Malaysia's economic growth, says MIDF Research. The research house expected that since 70% of the transportation would be for freight purposes, the project would be a catalyst for industries and exporters in Malaysia.

It said the boost for the growth is expected to kick-in from project inception until completion.

"However, the full estimated gross domestic product (GDP) contribution will depend on the pace of spillover effects to other economic sectors. In addition, compensation of employees and net operating surplus are projected to rise by 3.6 and 2.1% respectively."

"As the project requires machinery and transport equipment, our estimate shows imported commodities and consumption of fixed capital to increase by 3.3 and 2.1% respectively," it said in a research note.

The research house expected that since 70% of the transportation would be for freight purposes, the project would be a catalyst for industries and exporters in Malaysia.

"Plus, it gives Malaysia an advantage in international trade due to the project's strategic locations to China and ASEAN nations."

"On the other hand, improvement in transportation and connectivity will assist Malaysia in terms of better resources allocations, upgrade in productivity, increase in mobility and improving socio-economic developments economies which partly facilitate China's Belt and Road initiative," it said.

MIDF Research said the ECRL project would also generate more economic activities in other sectors, hence shifting to a less government-reliant economy in line with Prime Minister Tun Dr Mahathir's idea to downsize the public sector over a period of time through industrialisation amid increasing burden towards the nation's financial health.

"This will reduce government operating expenditure especially on the emoluments which accounted for the largest share of total expenditure at about 30%," it added.