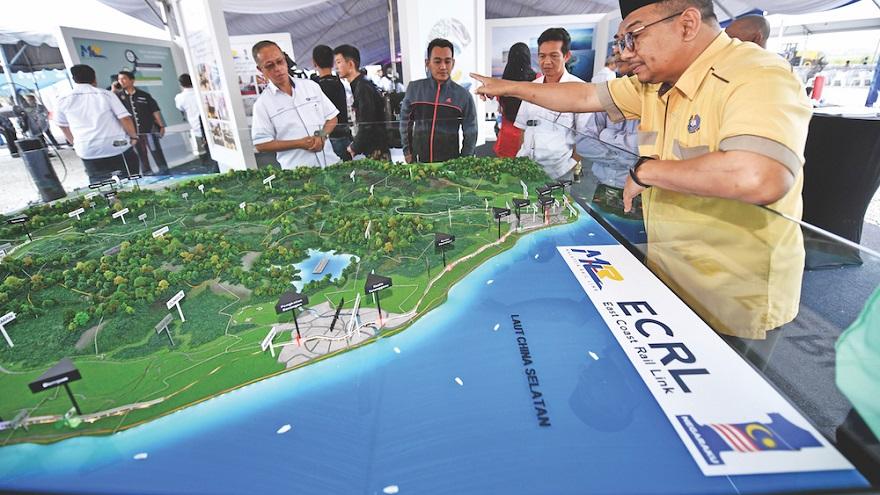 The construction of the East Coast Rail Link (ECRL) project will not neglect the local people, especially in economic and entrepreneurial activities.

Menteri Besar Ahmad Samsuri Mokhtar said the local people, especially small contractors, will be given priority in various areas including the supply of food and electrical items which would boost the state economy.

He said this was decided in the discussion he had with the chief operations officer of Malaysia Rail Link Sdn Bhd (MRL) at the Office of the Mentri Besar in Wisma Darul Iman.

"The state government and MRL have decided to set up a committee to monitor things like these as there are several aspects of the implementation of the ECRL which we still have to consider and approve.

"So I am asking the people to grab the opportunities and not let them fall into the hands of outsiders," he said in a press conference held after launching the Marang Bus Station.

Commenting further, Ahmad Samsuri said the people in the state should not worry about the influx of workers from China when the ECRL project is resumed as the those who are brought in are only the consultants.

"Because the construction of the ECRL from Kuala Lumpur to Kelantan is a joint effort between MRL and China Communication Constructions Ltd (CCCC), we worry that there will an influx of workers from China.

"However, after getting an assurance from MRL, we can breathe easy as those who are coming are only the consultants connected to the construction of the ECRL," he said.

He added that the Chinese workers will be placed in special quarters and will not mingle with the local community to avoid any social and cultural issues.