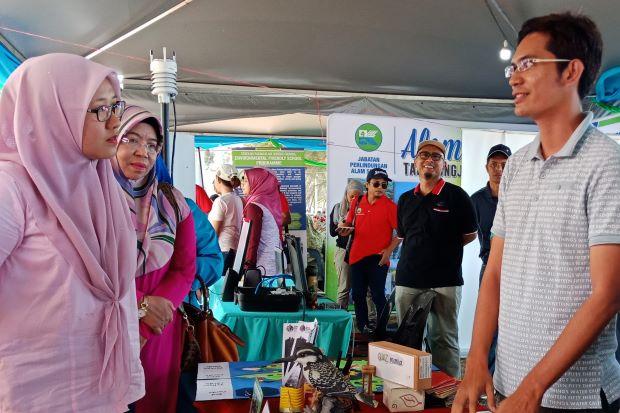 Getting the Balance Right Between Development, Environmental Preservation

Every effort is being made to ensure Sabah's development is balanced with the preservation of its rich natural environment, says deputy Energy, Science, Technology, Environment and Climate Change minister Isnaraissah Munirah Majlis.

She said that her ministry, through the Department of Environment (DoE), will ensure that development efforts in Sabah will be in line with the Environmental Quality Act (1974).

"Sabah is rich in natural resources that need to be protected. The state is also dependent on the tourism sector.

"In this respect, the state government's plan to develop Sabah and provide job opportunities to Sabahans needs to be balanced with environmental conservation.

"However, we need cooperation from the public to make this a reality," she said in her speech at the national-level celebration of Earth Day at Likas Bay near here Sunday (April 21).

Munirah, who is Kota Belud MP, said an audit conducted by the DoE revealed that no rivers in Sabah had been categorised as polluted in 2018.

"These efforts need to be continued even though the manufacturing industry in Sabah will continue to grow."

"The ministry, through the DoE, has been receiving complaints about the illegal disposal of toxic waste in the state, especially after the incident in Sungai Kim Kim, Johor, was publicised."

"Investigations were carried out, leading to the discovery of landfills and use of pesticide that kills trees."

"We welcome these complaints from the public so we can probe the cases and monitor the areas," she explained.

The celebration, themed "Protect Our Species", aimed to raise awareness among the public about the importance of environmental conservation.

World Earth Day is celebrated on April 22 every year.