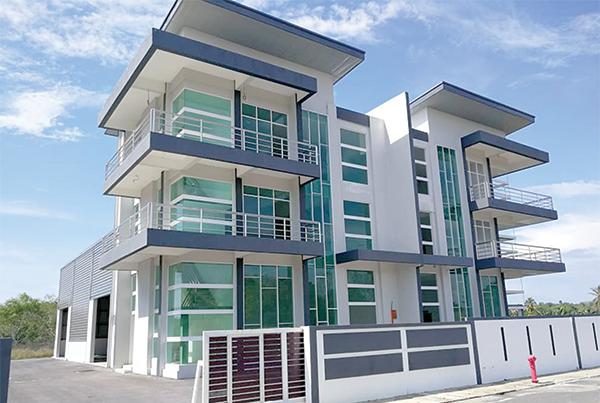 
Nineteen units of light industrial warehouse - some completed and some at various stages of progress - are at risk of languishing in ruins due to the deadlock between Indah Water Consortium (IKW) and the developer over technical issues.

"The LC is responsible for the issuance of the Certificate of Fitness. It has the final authority and as such, it should intervene. Each time I bring investors to Labuan when they notice this and a few more projects in idle condition, they feel Labuan is not investor-friendly and costs are high.

"Thereby they are discouraged to invest. This is not good for the image of the island. We have a new government and a new LC Chairman, and a new approach is needed."

The warehouses are at the Rancha Rancha Industrial Estate and some have been completed for almost three years but not used yet.

The problem arose from the fact that IWK wanted the developer to connect its sewerage pipeline to the IWK pipeline, which is located within 30 metres from the premises, as required under the Water Services Authority Act 2006.

The developer, on the other hand, had already installed SPAN (National Water Commission) septic tanks.

Wong said according to the developer, to connect with the WK pipeline, the developer has to pay an additional cost of one per cent of the property value at RM200,000 and RM500,000 for using the IWK pipeline.

Wong noted this excluded the cost of the warehouses and affected sales.

"In the case of a large warehouse estate of about 50 or more, the costs could be distributed without being felt by the buyers. But not in the case of mere 19 units. What is workable elsewhere is not workable here and IWK should not have a law to apply or fit all districts."

He urged IWK to consider the right of the developer.

"There is no IWK in Sabah or Sarawak and everything is working well with continued developments. IWK should not become a stumbling block to Labuan's progress," he said.