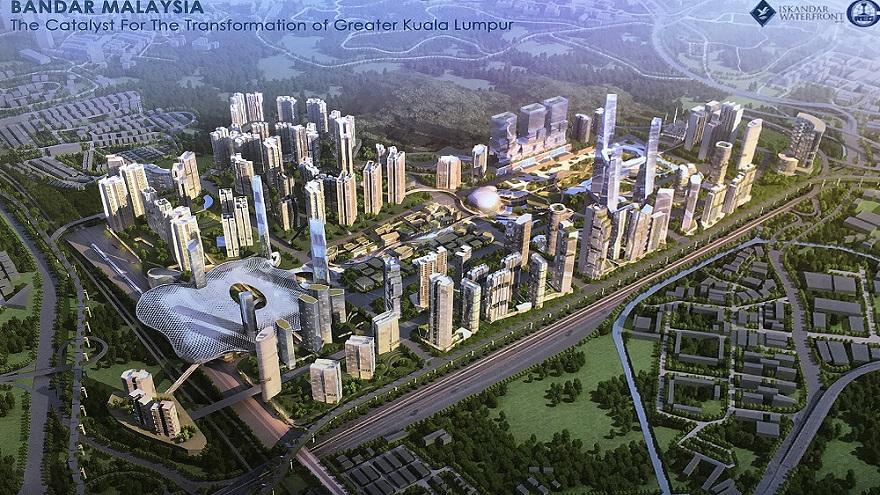 
The federal government has decided to reinstate the RM140 billion Bandar Malaysia project in Kuala Lumpur, with a revised development plan from the initial project which was abruptly terminated in May 2017.

The government has welcomed the commitment given by IWH-CREC to make an advance payment of RM500 million in addition to the original deposit sum of RM741 million to be paid within 60 days from the date that the government officially reinstates the project.

PMO stated that the revised Bandar Malaysia development will consist of a people's park, 10,000 units of affordable homes, higher participation of Bumiputera contractors throughout the project, and priority to use local content in the construction process.

The revised plan is in-line with the government's policy of ensuring that such a development will be people-centric and will add substantive value to the country's economy.

According to PMO, Bandar Malaysia will have a significant impact on Malaysia's economy and will serve as a global hub to further attract high impact on global finance, technology and entrepreneurial firms.

The project, with an expected gross development value (GDV) of RM140 billion, is also expected to generate a tremendous impact on urban development for Malaysia to further draw foreign direct investments.

"These measures will no doubt add further value to the economy via substantive job creation, acceleration of retail and institutional demand for commercial and residential space, moving small and medium enterprises (SMEs) up the value chain and stimulating demand for Malaysian produced construction materials, technology and home-grown talent in advancing sustainable urban growth," the statement read.

In an international open tender exercise participated by over 40 world-renowned companies, including from Japan, Australia and the Middle East, the joint venture (JV) to take up 60% of Bandar Malaysia Sdn Bhd was awarded to a consortium, IWH-CREC Sdn Bhd.