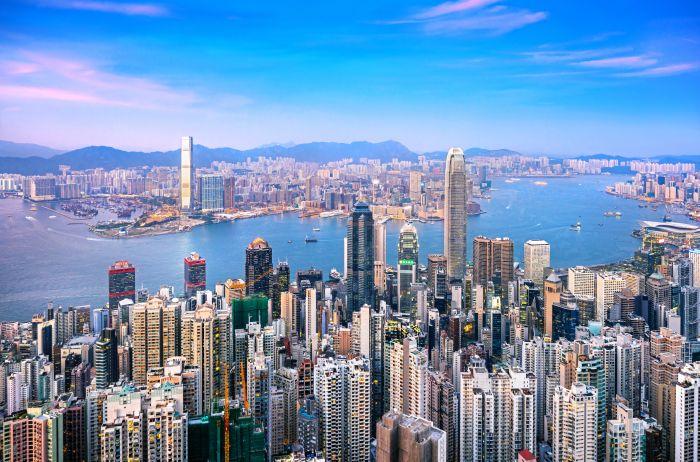 
Hong Kong is the most expensive city in the world for those looking to buy a home, new research showed.

Asia dominated the list of the world's most expensive property markets. Hong Kong held its position as the most expensive city for the fifth consecutive year, while Singapore came in second and Shanghai was ranked third.

According to the report, the average price of a home in Hong Kong in 2019 is more than $1.2 million. High demand and short supply have driven property prices to "unaffordable" levels in recent years, with the territory planning to build an $80 billion artificial island to help fix the crisis.

The Chinese cities of Shenzhen and Beijing were also named among the ten costliest cities for home buyers, ranked in fifth and ninth place respectively.

Vancouver - where the average home costs $815,322 - was the most expensive North American city and the fourth most expensive place in the world to buy a home, according to the data. Los Angeles and New York also made the top ten.

London, named the eighth most expensive city for buying a home, was Europe's priciest city, according to CBRE. Potential buyers in the U.K. capital are looking at an average house price of $646,973 in 2019.

Meanwhile, Barcelona, Dublin, and Shanghai were seeing the most rapid growth in house prices, CBRE said.

When it came to the rental market, the most expensive city was New York, where the average monthly price of rent hit $2,844.

Abu Dhabi and Hong Kong were the next most expensive areas for renters, both with average monthly rental costs of more than $2,700.

Year-on-year rental growth was the highest in Portuguese capital Lisbon, where prices were growing by more than 20%.

The cheapest cities for renting a property, meanwhile, were Bangkok, Istanbul and Montreal, although data was unavailable for five cities.

"In general, we are seeing house price growth slow across our cities as we move towards the end of a long property cycle," Jennet Siebrits, head of residential research at CBRE UK, said in a press release Thursday. "We expect increasing interest rates to be affecting cities in the U.S., and various cooling measures (to be) affecting the Asia Pacific region."