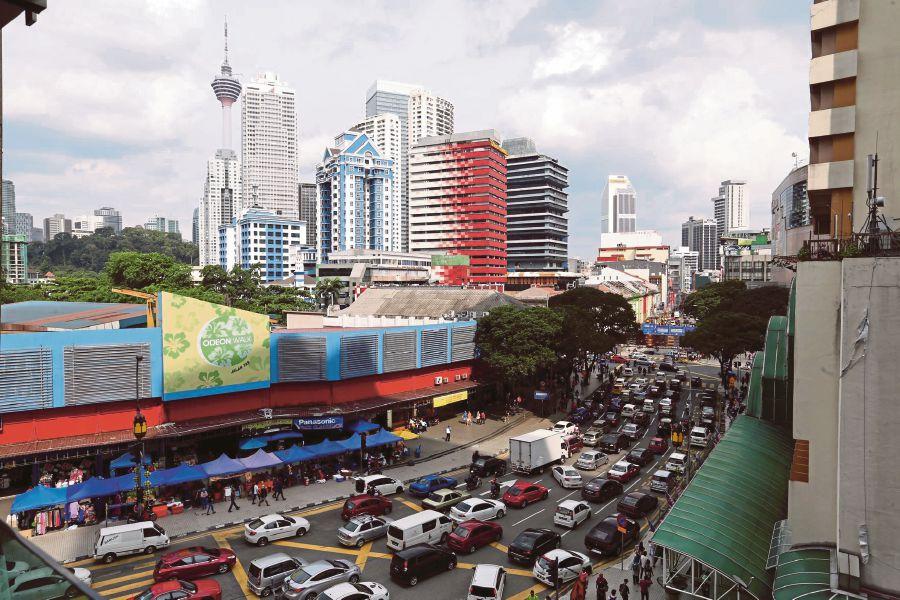 
A 3-star international hotel with a built-up area of 34,798 sq ft has been listed for sale on PropertyGuru Malaysia's portal.

The hotel, which has 86 boutique-style designed rooms and suites, is selling for between RM40 million and RM45 million.

It was stated on the portal in January that the estimated annual revenue for the hotel is about RM3.8 million.

The property listed could be Frenz Hotel. According to the hotel's website, it is an international hotel with 86 boutique-style designed rooms and suites. The hotel has been operating for more than four years.

There's also a small boutique hotel selling for RM13 million, or at RM1,128.47 sq ft. The 41-room hotel with built-up of 11,520 sq ft is said to be located very near to Maju Junction and is currently operated by a reputable hotel operator with a chain of hotels in Malaysia.

Another interesting sale is T Hotel Jalan TAR, which has 60 rooms distributed in flats, and retail shops, and they are selling for RM60 million. The hotel was listed for sale on iproperty.com.my in December 2018.

Elsewhere in Jalan Tuanku Abdul Rahman (Jalan TAR), a 200-room hotel (individual shoplots that were remodelled as a hotel) is selling for RM33 million.

According to iproperty.com.my, the sale of the 18-storey hotel with built-up of 240,000sqft includes all furniture, fixtures, fittings, accessories and toiletries.

The property, which was listed for sale several months ago, is expected to be sold on a ready-to-operate basis. It is unclear if the hotel has been sold or taken off the market.

Meanwhile, a piece of commercial land measuring 126,760 sq ft is backonthemarket for RM405.6 million, or RM3,200 psf. The freehold land is located at the intersection of Jalan TAR and Jalan Dang Wangi, the present site of Odeon Cinema which was built by Cathay Organisation in 1936.

This is the same parcel of land on which Titjaya Land Bhd had planned to undertake a transport-oriented development with a gross development value of RM1.5 billion.

According to the property listing in February this year, the land has development order with three titles and has been zoned for mixed development comprising residential units, offices, hotel and retail space.

"If you were to compare what Shenzhen-based China Vanke Co Ltd paid for 7.4 acres of land in Jalan Raja Chulan, which is not too far off from Jalan TAR, then RM405.6 million for 2.91 acres is considered very expensive.

Vanke paid about RM500 million, or RM1,600 psf, for the land near Menara Kuala Lumpur.

"This basically means that buildings and land along Jalan TAR can fetch better prices compared to anywhere else in Kuala Lumpur City Centre, except for properties surrounding Petronas Twin Towers," said a senior real estate agent.

Jalan TAR was originally known as Batu Road, named after Kampung Batu, one of the early mining villages in the north of Kuala Lumpur.

Kampung Batu was named after the rivers flowing through the area, collectively called Sungai Batu.

From a swampy beginning, Jalan TAR

Some of the older buildings on Jalan TAR include Coliseum Cafe & Hotel, which opened in 1921, and Coliseum Theatre.

History has it that Coliseum Cafe was the regular drinking hole for European estate managers who strode in with their rifles. Years later after Malaysia gained her independence it became a popular joint for families.

Other early players on Jalan TAR were P Lal and G.S. Gill, one of top sporting goods distributors in Malaysia, carrying all sorts of sporting equipment and attires.

P Lal started operations in 1929. It relocated to Jalan Gasing in Petaling Jaya about nine years ago following Jalan TAR's road closure on Saturdays to accommodate the night market and also because it was getting too congested during the day.

Globe Silk Store was one of the earliest departmental stores on Jalan TAR. The store opened in 1947 and sold uniforms, shoes and textiles. The landmark store eventually closed in 2005, and reopened as Sarah Hughes at Globe.

The road closure plan, starting tomorrow, by Kuala Lumpur City Hall is a good attempt to revive the whole area and increase pedestrianisation.

"Look at the area in Leboh Ampang where Hong Kong Bank and UOB are situated...to me it is quite nice after a makeover.

I haven't studied on whether the businesses there have suffered or expanded. However, I do know there are a lot of new businesses and hotels that have been set up in the area following the makeover.

"We think the same can happen in Jalan TAR. If you look at the beginning part of the road nearer to Dataran Merdeka, some shoplots are empty or deteriorating. There has been natural decline in terms of occupancy and usage. I believe Coliseum Cinema is also no longer operating.

"By refurbishing some of the buildings and pedestrianising the place, it renews the whole environment. Such an example can be seen in Barcelona (Spain) where pedestrians give a considerable contribution to business revenues.

"In my opinion, there will be hardly any impact on businesses," said Koh.