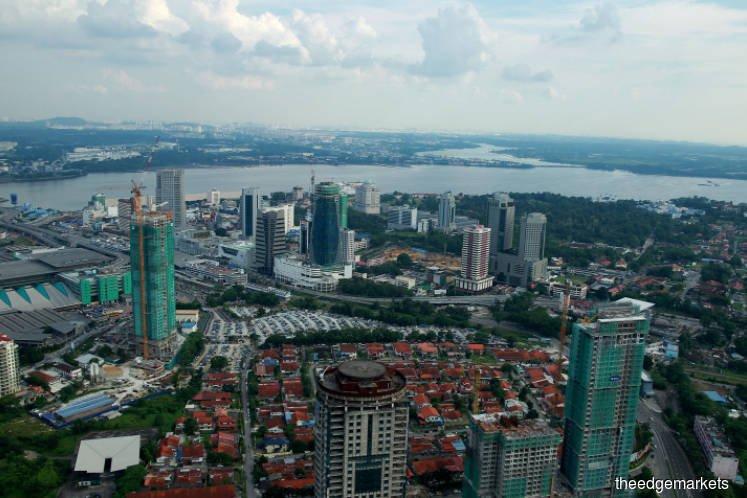 Flat Performance in 4Q2018, Landed Properties Continue to Do Well


The property market in Johor Baru remained lacklustre in 4Q2018 as there was a lack of positive news to spur sentiment, according to Samuel Tan, executive director of KGV International Property Consultants Sdn Bhd.

In presenting The Edge-KGV International Property Consultants Johor Baru Housing Property Monitor 4Q2018, Tan says the Johor Baru property market was impacted by some major events — global as well as local — in the quarter under review.

"Having said that, barring any unforeseen circumstances, most of the negative news would have already been priced in by sellers and buyers," he adds.

Tan highlights two global events that continue to cast a pall over the market and the economy — the ongoing trade war between the US and China and the volatility of the global oil price.

Even though the US and China have agreed to a 90-day truce and temporarily suspended the tit-for-tat trade war, Tan says the macro economy is still clouded with uncertainties and that many parties are hoping for an amicable resolution between the two superpowers.

"Apart from the economic issues, there are other political and strategic considerations embedded in the trade disputes … all trading economies are affected and the spillover effect is [felt] across all sectors," he says.

"Nevertheless, one bright spot is that some corporations have started to relocate their production plants to Asean countries and Iskandar Malaysia could benefit from this wave of relocation."

Tan notes that as Malaysia is an oil-exporting country, the weak oil price is negative for its economy.

"Everyone expects the oil price to stabilise within the range of US$60 to US$80 per barrel. Brent crude went to below US$50 per barrel on Dec 26 last year. Budget 2019 was tabled based on the assumption of US$72 per barrel, so the budget will need to be revised if the oil price continues to weaken," he says.

"The Malaysian economy, which is already loaded with mounting debt, is going to face an extremely challenging year if the oil price does not recover as oil-related revenues contribute about 20% to our GDP."

On the home front, the increase in the Real Property Gains Tax (RPGT) as well as stamp duty, announced during the tabling of Budget 2019, is among the issues that have impacted the property market.

Effective Jan 1, any gain from the sale of property in the sixth year of its acqusition will incur a RPGT rate of 5% for Malaysians and permanent residents, and 10% for foreigners and companies. Transactions below RM200,000 will be exempted.

Tan says the exemption will only have a marginal impact, especially in bigger cities such as Johor Baru, as most houses are priced at more than RM200,000.

"Also, the main intent of implementing the RPGT was supposedly to curb excessive speculation. Any buyer who bought a property and kept it for more than five years should not be seen as a speculator and be unduly penalised," he argues.

Also, buyers of properties priced at more than RM1 million will be charged an additional stamp duty of 1% to 4%. The stamp duty hike has been deferred to July 1 and first-time homebuyers will enjoy an exemption for transactions of less than RM500,000 until Dec 31.

Moving forward, Tan says there are several niches within residential sub-sectors worth checking out by prospective buyers. These include high-rise properties in good locations and old landed properties near the city, as well as land.

"For high-rise properties in good locations, some stratified units are on the market at heavily marked-down prices due to the inability [of the buyers] to service the monthly instalments. Some are already in foreclosure and can be purchased via auction. Buyers and investors should pay attention to good buys in good locations as high-rise residences normally offer higher yields," he says.

"There are also old landed properties near the city area for sale. These are not gated-and-guarded developments and have no facilities, so those who prefer to be close to the city and are willing to spend money and time sprucing up old houses should scout around for such deals. Some locations near commercial areas have the added advantage of rezoning potential."

Tan says buyers with deep pockets can consider buying land in good locations for future development as it is a good hedge against inflation and a lucrative investment when the market turns bullish.

However, he warns that buyers should acquire in-depth knowledge of matters such as land law, zoning, planning, development potential and best use before making any purchases.

KGV data shows that the performance of the Johor Baru property market was flat in 4Q2018, and there was no change in rental for the properties within the selected schemes sampled.

Prices within the selected schemes generally remained stable, with the exception of 2-storey terraced houses in Bandar Seri Alam (Type Sapphire), which rose RM30,000 or 5.26% from the previous quarter to RM600,000. These units have a land area of 1,540 sq ft.

"The increase could be attributed to the pulling effect of the higher price of newer 2-storey terraced houses that were sold by developers for more than RM600,000," Tan says. "Also, there were only three new launches in 4Q2018. From the recent launches, we observe that terraced houses priced in the sweet-spot range of RM600,000 continue to be well received."