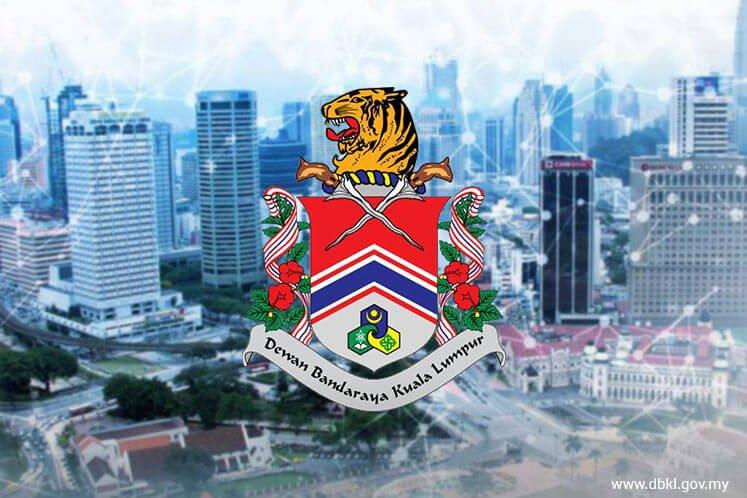 Property projects, which were previously granted approval in principle with a higher plot ratio than what is permitted under the newly gazetted Kuala Lumpur City Plan 2020 (KLCP 2020), are required to seek fresh approval from Kuala Lumpur City Hall (Dewan Bandaraya Kuala Lumpur, DBKL).

The requirement applies to all types of developments, including commercial and residential, in the capital city, according to DBKL.

However, property projects, which have already been granted the development order, are not affected and are allowed to proceed.

The projects that have already been given the development order but have yet to commence are only required to apply for an extension to later date.

"They (property developers) need to come out with a full report to be submitted to the mayor to review, including details on the impact of the amendment ... things like traffic for example.

"If the mayor approves it, DBKL will exhibit the amendment to the public to gather their views before the final approval," DBKL's city planning department director Nurazizi Mokhtar told The Edge Financial Daily.

There is a limit to a plot ratio for all land in KL but all land varies in the ratio, under the newly gazetted KLCP2020.

Currently, there are development projects in the capital city that have been given plot ratio of more than what is permitted under KLCP2020.

Developers or investors in the past had been willing to pay premium price for tracts in the city centre expecting that the high plot ratio would enable them to make up for it.

Hence, a lower plot ratio will not be good news as less units are allowed to build on the same plot of land which will in turn affect the profitability of the development projects.

Under the current circumstance, developers will either have to scale down their projects or to re-submit their plans to seek approval for higher plot ratio.

Nonetheless, government statutory bodies, for instance, the Employees Provident Fund, Kumpulan Wang Persaraan Diperbadankan, Social Security Organisation (SOCSO), will have the lucky escape. They are not required to re-submit for approval if the parcels they have bought are granted plot ratio at above 10 in the approval in principle.

Prior to KLCP2020, Nurazizi said, the increase in plot ratio fell under a provision called 'Rule Five', where the project owner or developer were required to put up notice on at least two newspapers for three days, together with a notice board on the site, to alert adjourning owners or other stakeholders to participate in a public hearing, before a committee in DBKL gives its approval.

"This (increasing plot ratio beyond KLCP2020 standard) is something new to us, we are still devising a mechanism for applicants to apply for amendments in KLCP2020," he said.

The redevelopment of MCA headquarters at Jalan Ampang, which is just a stone throw away from Twin Towers, is an example that the political party has to re-submit for fresh approval.

Nurazizi confirmed that MCA was asked to amend its original proposal as it was not complied with the KLCP2020.

"They made a submission, but the plan was not complied with the local planning requirement, so we asked them to amend," he said.

The Edge weekly reported that DBKL has granted its approval to MCA to tear down the existing 23-storey building and build a 70-storey tower with an eight-storey basement carpark, a 328-room hotel that will occupy 24 floors and a two-storey sky lounge and restaurant on the 68th and 69th floors. The remaining floors have been allocated for office space.

It is understood that MCA had, in October last year, came up with a new plan that will see the height of the tower being reduced to 45 storeys instead of 70, while the hotel is revised to 286 rooms. The new plan also includes a museum, a multi-purpose hall, an auditorium and exhibition area.

However, when contacted, MCA deputy president Datuk Dr Mah Hang Soon, who has been part of the party's central committee even before the party's election in November last year, told The Edge Financial Daily he is not privy to any information regarding the redevelopment plan.