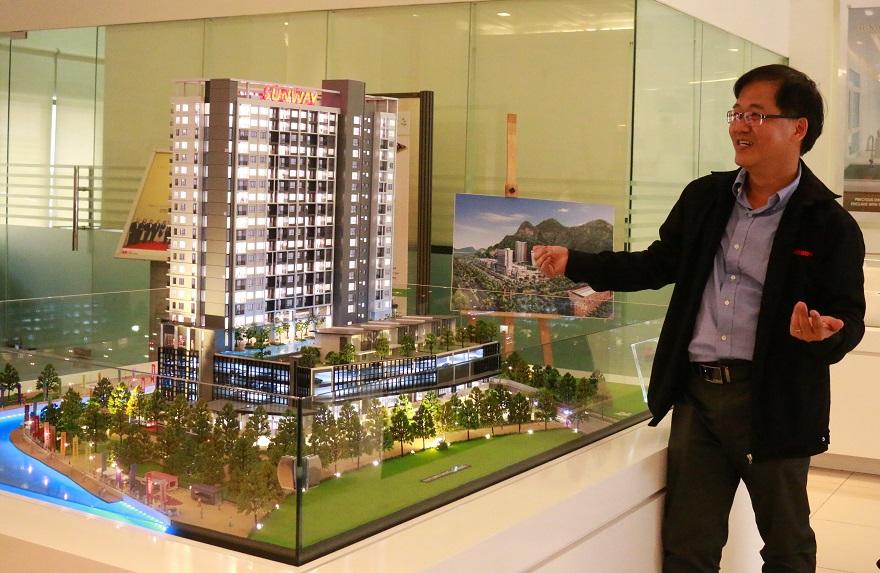 Conceptualised as the first serviced suites in Asia with integrating hotspring within the development, the project comprises three tower blocks worth over RM400 million in gross development value (GDV).

"Sunway Onsen Suites is an ideal investment for investors who want to seize the opportunity in Ipoh's transformation into a world-class tourism hotspot," he told journalists during a visit to Sunway City Ipoh recently.

The first tower, comprising 252 units of serviced suites, will be launched in the first quarter of 2019 with completion slated at the end of 2022.

The serviced suites come in studio, two-bedroom and three-bedroom variations ranging from 592 sq ft to 1,184 sq ft. The starting price is RM391,000.

Wong said in addition to the Sunway Onsen Suites, the property developer will invest another RM4 billion in Perak in the next 15 to 20 years.

"We have completed about 70% of the 1,350-acre development and have invested RM700 million here to date.

"To complement the current facilities we already have in Sunway City Ipoh, we have in the pipeline Sunway Medical Centre Ipoh, an expansion of the Sunway College campus, assisted-living homes with hotspring facilities, shopping mall and a hilltop development," he said.

Wong said Sunway will continue to expand its tourism offerings this year, in tandem with Ipoh's rising acclaim as an international tourism destination and one of the best places to retire in the world.

He also explained that Sunway had completed the development of an additional 20 villas at the Banjaran Hotsprings Retreat, as well as its night-time attraction, the Luminous Forest, at the Lost World of Tambun.

"We have just completed and opened the Sky Bar at the Banjaran Hotsprings Retreat, and we are building a brand new attraction at Lost World of Tambun, which is slated for completion in May," he added.

The Sky Bar is a luxurious bar located within a cave and extends to a terrace hovering 30ft above ground, overlooking the spectacular emerald lake and luscious green landscape in Banjaran Hotsprings Retreat.

According to the Department of Statistics Malaysia, Perak recorded one of the top states with the highest tourist arrivals in the country with 7.6 million Malaysians visited the state last year.

The fourth-largest state in Malaysia also saw an increase in the arrivals of day-trip visitors from 9.58 million to 12.47 million in 2017 compared to the previous year.

Conceived in 1995, Sunway City Ipoh now has 1,400 units of properties in the location, as well as two world-class resorts — namely the Banjaran Hotsprings Retreat and The Lost World of Tambun.