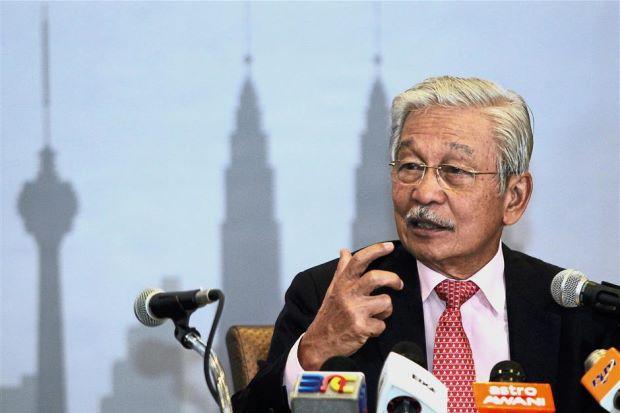 
Rahim & Co expects the property overhang in Malaysia to ease over the next two years as market forces and various prudent measures are expected to stabilise the situation.

According to the National Property Information Centre, there were 29,227 overhang residential units in Malaysia as at the first half of 2018, valued at RM17.24bil.

"There are two schools of thought on how to deal with this. One, is that the local authorities can freeze development orders to curb the overhang.

"The other, is to let it be driven by market forces. Let the market correct itself," he told reporters at a press conference yesterday during the property consultancy's one-day seminar on the Malaysian property market, titled "Where are we heading post-GE14."

Abdul Rahim pointed out that there had been two recessions in the past where the property market eventually recovered.

"The current situation is not a recession, it's just an oversupply situation. In this case, the developer needs to be prudent in what they are offering. It must be something that is sellable given the current market situation.

"In Singapore, developers are actually fined if they don't sell their properties within a specified time. This is why it's important for developers to undertake due diligence or a feasibility study first, before launching."

"Our economy is fairly matured and you should let market forces decide its direction, not impose restrictions on developers and investors.

"Let developers sort themselves out. This can be done in the way of lowering rates or offering special packages. In business, you need to be smart."

Abdul Rahim concurred, pointing out that developers needed to "see the logic" in selling properties during a glut.

"A prudent developer will not simply build, because it needs to take care of its cash flow.

"Big developers facing this problem have gone overseas to sell their properties. In fact, two very successful developers in Melbourne are Malaysian companies."

Ang added that in line with the current market glut, developers need to slow down or postpone launches so that demand can eventually catch up with supply.

Separately, Abdul Rahim said the property crowdfunding scheme that was announced at the recent budget is a good initiative to offer, adding however that it was still too early to tell if it would be an effective one.

"Very few countries have done this but we don't know if it will work here. It's a new concept and still in its preliminary stage. The question is how the public will accept it."

Views over the scheme have been mixed.

Under this scheme, the buyer will be able to acquire a selected property with 20% of the price of the premises.

The remaining 80% will be borne by potential investors who fund the purchase in exchange for its potential appreciation in value over a particular period of time.