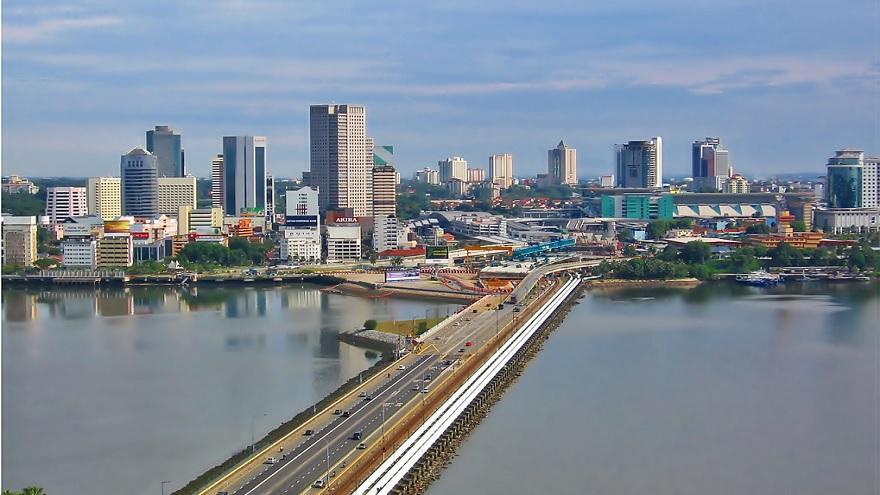 
Putrajaya is considering to revive Johor's 'crooked bridge' project, which was first raised by Prime Minister Tun Dr Mahathir in 2003 before his first retirement from the country's top post, reported The Edge.

PM Mahathir previously served as Malaysia's prime minister from 1981 to 2003, then retired. He then ran in the general election in 2018 and won, with most fellow MPs selecting him as the current Prime Minister.

On Tuesday (16 Oct), state Chief Minister Datuk Osman Sapian revealed that the premier has no problem with Johor building the Crooked Bridge, as well as a third bridge connecting the state with Singapore.

"This is what Tun wants, Crooked Bridge will only reach half of the Causeway Link; we won't touch the Singapore part, so that the water can flow there, and ships can sail through Tebrau Straits, the water will be cleaner, it will help beautify Johor Bahru."

"So in the meeting last month, he asked me whether Johor needs the Crooked Bridge or not; I said it is up to you, because that was your idea before. The bridge has its benefits, but maybe the past PM didn't feel comfortable to continue a project started by Tun M. So he said if we want to do it, no problem, because it doesn't involve demolishing Singapore parts of the bridge, only on our side," noted Osman.

Moreover, Johor's state authorities also plan to construct a third bridge, and the federal government has been informed about this during a meeting with PM Mahathir in September.

Previously, the premier had planned to construct the Crooked Bridge, which will feature a six-lane S-shaped highway which ships can pass through as the Singapore government doesn't want to tear down its portion of the Causeway Link that is shares with Malaysia.