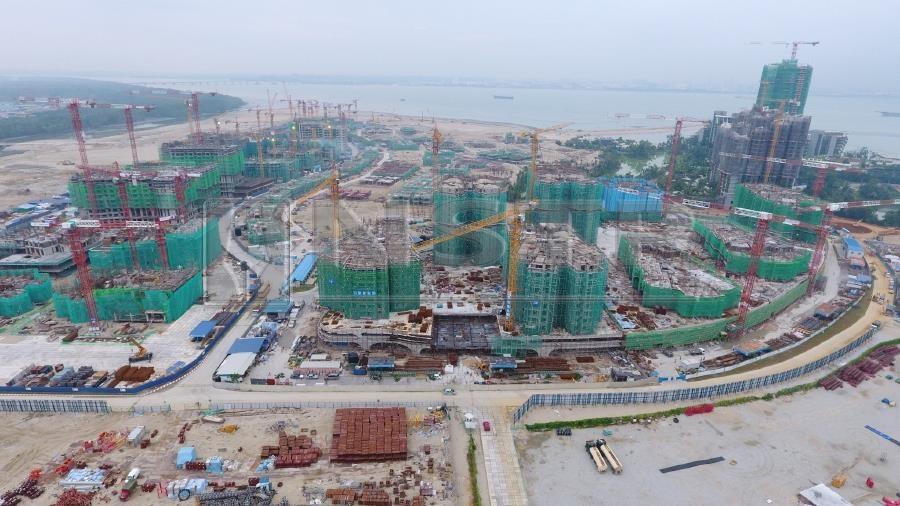 Forest City said it is looking to build affordable housing that is tailor-made to suit local tastes and needs within the next three years.

Forest City's spokesman Ng Zhu Hann told a Malaysian news portal that the Housing Ministry had given suggestions to build products that cater to and can be afforded by Malaysians.

"They hope we can come up with products that are custom-made, not only in terms of pricing but also flavour and design.

"Although we cater to the international market, we understand there are certain things that Malaysians particularly favour. For example, (Malaysians) like many rooms instead of common space. They also like landed products versus high-rise products," said Ng.

Country Garden Holdings owns the majority stake of CGPV through Malaysian subsidiaries, while the remaining stake is owned by the Johor government, state ruler Sultan Ibrahim Sultan Iskandar, as well as his associates.

Ng, who is the director of strategy for CGPV, added that the affordable homes can be built within the Forest City area, or beyond - depending on government recommendations.

"We do not want to build affordable houses far away where locals cannot even stay… we want to make sure that when we devise any schemes to cater for locals, it must be something that can benefit them directly," he said.

Ng added: "We want to provide residential enclaves for Malaysians… to enjoy the same thing that our international market is enjoying."

Asked when Malaysians can expect these affordable homes, Ng replied: "In the next 3 years, definitely."

Ng added that the developer was in talks with both the federal and Johor state governments to use Country Garden's construction technology, including its Integrated Building Systems (IBS) plant located in Forest City, to build affordable homes.

"We have used it for nine of our blocks (in Forest City)... We now have the capacity and ability to supply and participate in the state and federal government's affordable housing agenda," he said, adding that Forest City's master plan was more of a "futuristic vision" which can be modified to suit market as well as the government's demands.

The US$100 billion Forest City project is seen as trying to shed its "for Chinese only" image, following allegations against it - including that it was part of a scheme to bring in an influx of 700,000 Chinese nationals into Malaysia.

In an interview with another Malaysian news portal, Ng said: "(September) was not an easy month for us as we had to double our efforts to counter the many different allegations that were hurled at us."

Ng, a Malaysian, sought to clear the air over public perception that Forest City is a Chinese township that is owned and operated by mainland Chinese.

He related that one of the most common misconceptions is that it had offered a "buy-one-free-one" housing scheme, where mainland Chinese, who bought Country Garden homes in China, would automatically be entitled to a free unit in Malaysia's Forest City.

Ng said that the scheme was not true as CGPV does not condone nor can it afford to promote such schemes.

"Pertaining to the 'buy-one-free-one' housing scheme, Country Garden is a public-listed company on the Hong Kong stock exchange, while CGPV is a joint venture company in Malaysia. Basically, it's two separate entities," he explained.

He believes the misconception over the scheme originated with another China-based developer in Johor.

Ng said the joint venture is now ready to embark on its industry integration blueprint 2020, which aims to draw high-tech manufacturing plants to the 417-acre Forest City Industrial Hub and adjacent to its own IBS facility.

"Country Garden is looking at long-term investment in Malaysia, and will increase its investment over time.

"The company believes Malaysia will be the gateway of the Southeast Asian region, just like what London is to Europe and Dubai to the Middle East," he said.

Ng said that over the past three years, CGPV has hired 1,200 locals for its 1,500-strong workforce, adding that 40 per cent of the jobs were at the senior and middle management level.

He also said CGPV employees have to date contributed more than RM80 million in personal income tax and RM308 million in other taxes to the federal government and RM630 million to the Johor government.

As of Sept 2018, Forest City has awarded contracts worth RM1.5 billion to 150 local companies, he added.

Ng said Forest City has RM2 billion deposited under the Housing Development Act with the Housing and Local Government Ministry.

"As a responsible entity, CGPV welcomes public feedback to clear misconceptions on Forest City to enable it to improve and grow hand-in-hand with Malaysia," Ng added.

"The Johor government's stand is easy. We welcome any form of support from private companies whose goal is to assist us in developing affordable homes," he told a Malaysian news portal separately when contacted.

The state executive council member also explained that the state government found the Forest City development to have operated legally.

"To be fair, the project is a good example of international investment in Johor and we welcome other similar companies to participate in growing the state's economy," said Puah.