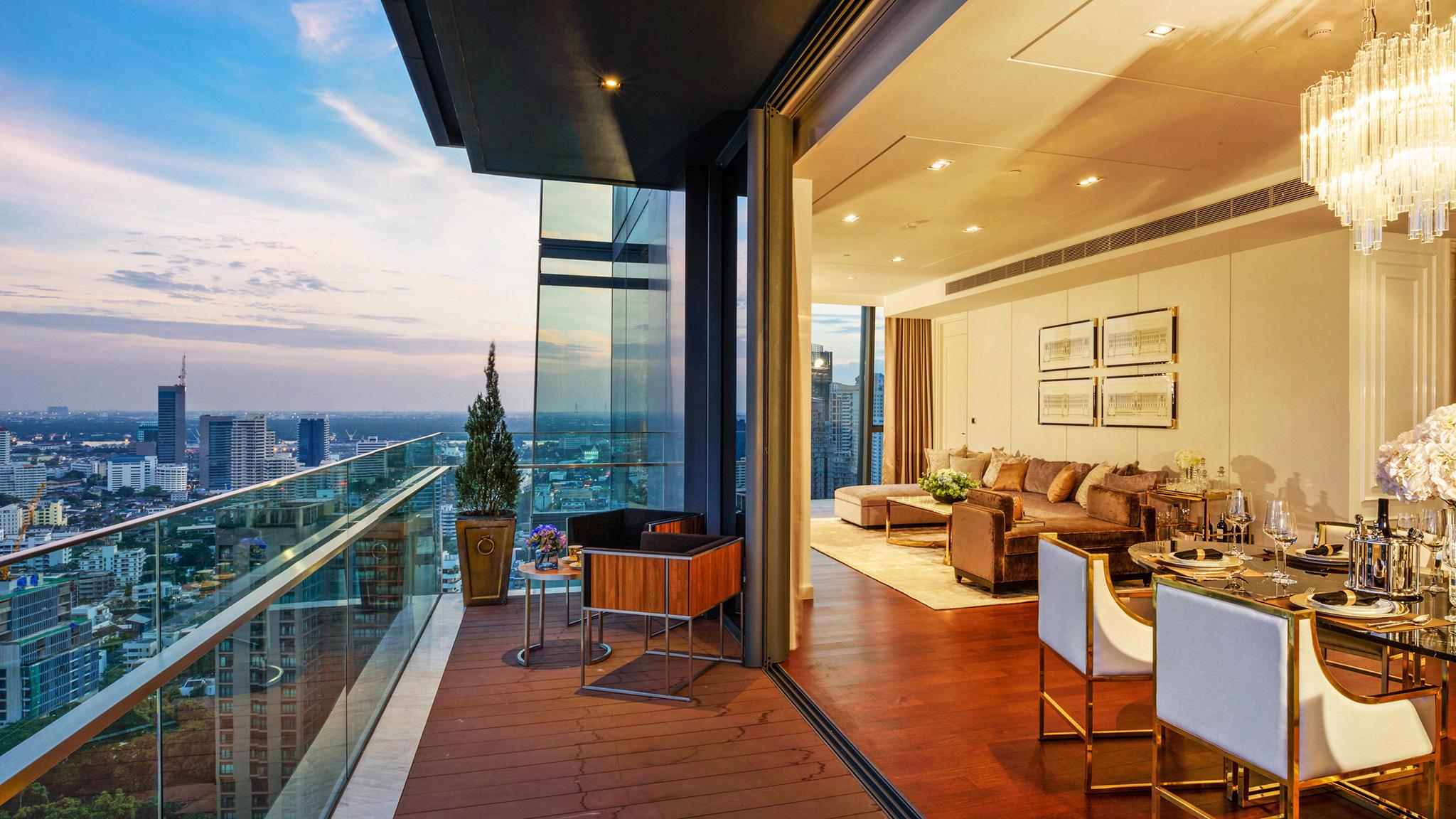 At 98 Wireless, a new luxury condo, a Hong Kong buyer snapped up a US$2.2 million (S$2.9 million) apartment developed by Sansiri. It was an impulse buy, said a Sansiri executive.

For the price of a cramped studio back in Hong Kong, the investor landed himself an opulent two-bedroom place with Ralph Lauren furniture, three bathrooms outfitted with Carrera marble, butler service and a chauffeured Bentley limousine.

Scenes like this have become more common in the Thai capital, where foreign money is pushing up prices at the top of the real estate market - even as developers struggle to sell more pedestrian properties.

With the economy still recovering from a 2014 slowdown, household debt makes it tough for the average Thai to qualify for a home loan, so firms like Sansiri and Country Group Development are selling luxury units to foreigners instead.

Real estate firm Colliers International Group's general manager for Thailand, Mr Ratchaphum Jongpakdee, said: "Developers are having problems selling to locals. But they have no problem selling to foreigners."

Buyers definitely get more bang for their buck in Bangkok than in Hong Kong, in terms of square footage and bathroom fixtures, for example. But what is surprising is that, even though condo prices in the centre of the Thai capital have doubled in the last five years, they are still cheaper than those in cities like Jakarta, Kuala Lumpur or Ho Chi Minh City, said real estate advisers.

The price gap could be set to close, though. Once a niche tourism destination for backpackers, Bangkok in 2016 surpassed London to become the world's most visited city, hosting 19 million overnight travellers, about two for every resident. The boom has put the city on the map for investors, especially mainland Chinese, who are coming in droves.

In the final quarter of last year, prices of luxury condos rose more than 10 per cent, outpacing every other market segment, going by data from Bangkok's Real Estate Information Centre.

Fuel for the fire has come, ironically, because of China's attempts to stop the outflow of money from its borders. Caps imposed last year on how much capital people can take out of the country have had the unintended effect of funnelling cash into property markets like Thailand's, where prices are relatively low.

A scarcity of buildable land in the city centre is a limitation on developers. For investors, though, it is a big reason high-end apartments should continue to appreciate, said Ms Patti Tomaitrichitr, an analyst at Macquarie Securities Thailand in Bangkok. "It's not easy to find a good plot in a good location right now, so prices will keep going up," she said.

Sansiri, the developer behind the 25-storey 98 Wireless, began advertising luxury condos to foreign buyers in 2014, when the local economy was in the doldrums. The company now holds marketing events in Hong Kong almost every month; last year, it opened three more offices in mainland China, in addition to the one it had in Beijing.

At another luxury condo nearby, the Magnolias Ratchadamri Boulevard, some 80 per cent of the units have already been sold, with investors from Hong Kong, Singapore and Taiwan accounting for more than half, said the developer, Magnolia Quality Development Corp. The 60-storey spire has a Waldorf Astoria hotel on the lower floors.

The numbers are similar at the Four Seasons Private Residences, which is being built on the edge of the Chao Phraya river. Some 70 per cent of the 355 units have already been purchased, with half of the buyers coming from outside Thailand, said chief executive officer Ben Taechaubol at the developer, Country Group.

Thailand has fewer limits on foreign condo ownership than some places in South-east Asia. Although non-citizens are allowed to own no more than 49 per cent of the units in any single project, they can buy condos built on freehold land, where ownership does not have a time limit tied to a lease on the underlying dirt. This is not allowed in Vietnam or Laos.

Another benefit: foreign buyers are not hit with special taxes like they are in Singapore and Hong Kong.

The January sale of Britain's Bangkok embassy, on a plot of coveted freehold land downtown, was Thailand's most expensive real estate deal. The buyers, a partnership between local and Hong Kong developers, paid the equivalent of about US$600 million for a plot the size of six football fields.

The plan is to raze the existing colonial-era buildings and put up an office tower with luxury condos or a hotel on top, said Central Group, one of the new owners.

"Every day, developers are literally knocking on the doors of embassies, businesses and home-owners, anyone with land in the central downtown," said Colliers' Mr Ratchaphum. "It's almost impossible to find freehold land in these areas."