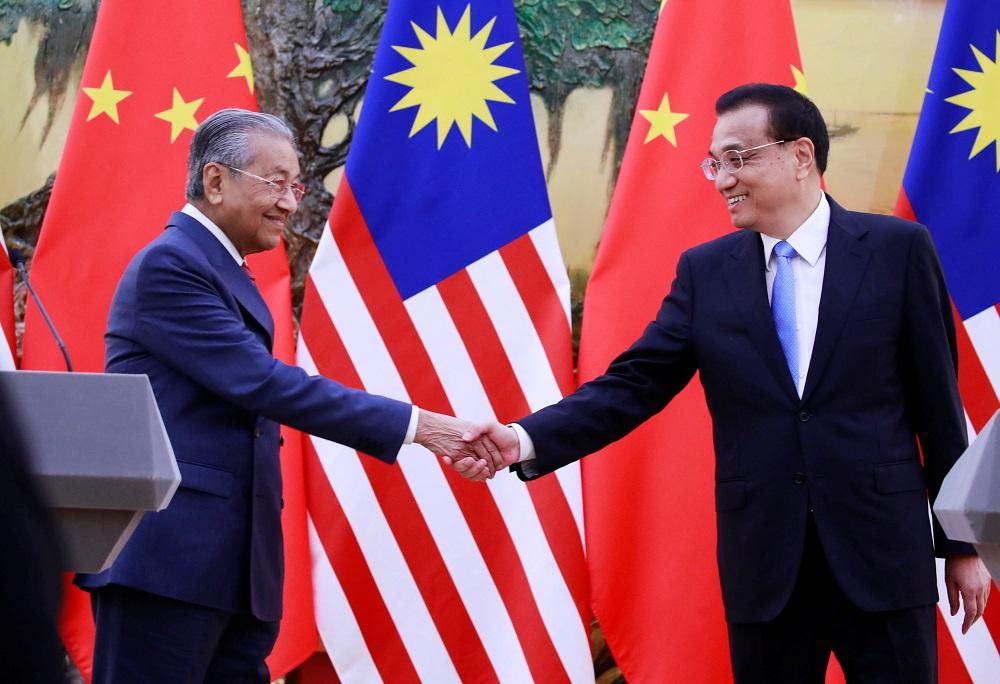 
Prime Minister Tun Dr Mahathir Mohamad's apparent "flip-flopping" on several multi-billion-ringgit China-backed projects here is only a facade to allow the Asian superpower to "save face", a report has claimed on Wednesday, 29 August.

Quoting several anonymous sources close to the prime minister, South China Morning Post (SCMP) said even though the 93-year-old prime minister seems vague about the fate of the projects in public, he was "crystal clear" about them in private.

"As we all know, face is very important for the Chinese... but there is agreement on both sides that the projects have to be cancelled because of Malaysia's financial position.

"As far as the Chinese are concerned... if there is outright cancellation, the whole world will know. Nobody will want to do business with them. Already there are problems in Sri Lanka, Pakistan in Africa and so on," a source, who is part of the negotiations, reportedly said.

The sources claimed that Dr Mahathir plans on completely axing the East Coast Rail Link (ECRL) and the multi-billion-ringgit gas pipeline projects, despite claiming they are being deferred.

Despite that, the High-Speed Rail project between Kuala Lumpur and Singapore will reportedly just be postponed for two years instead of cancelled altogether, with Economic Affairs Minister Datuk Seri Azmin Ali heading negotiations in the southern neighbour today and tomorrow.

However, private projects such as Forest City in Johor and the Melaka Gateway project will reportedly continue as they do not involve government funds.

Sources quoted by SCMP reportedly said that Dr Mahathir was being vague to ensure that China does not "lose face" from the project cancellations, at a time when Beijing is being criticised for using its Belt and Road Initiative as a form of debt-trap diplomacy.