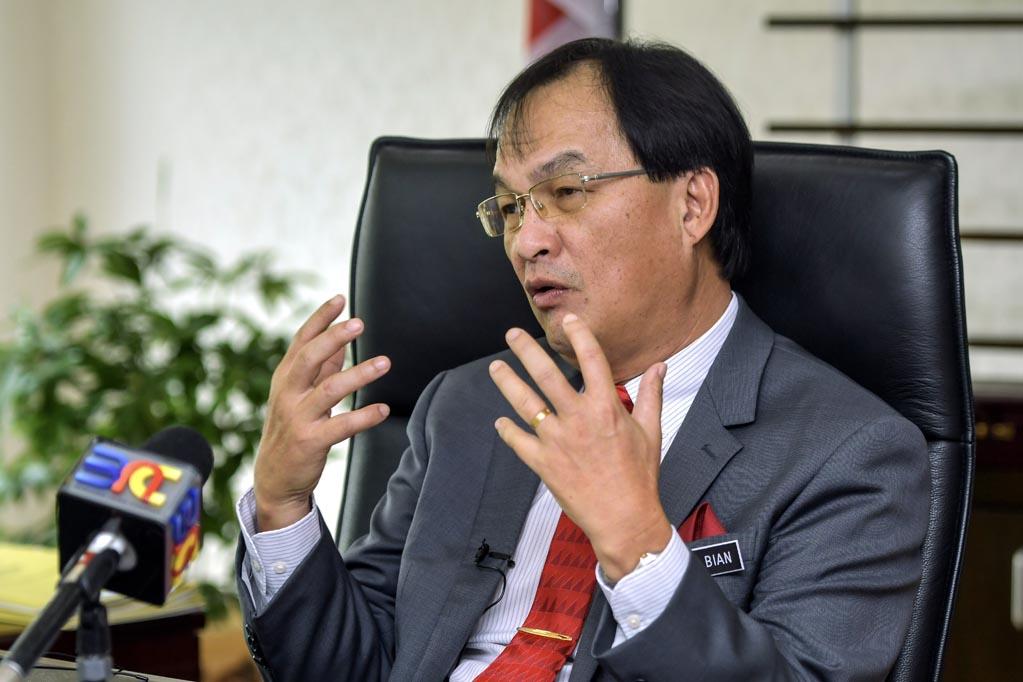 
Works Minister Baru Bian said he would ensure that future government projects and procurements are closely supervised to stop the past practice of over-priced tenders and contracts.

"Personally, I would advocate for open tenders extensively because they are competitive and very fair commercially" he told Bernama in an interview.

He said for this to happen, the Works Ministry would work closely with other ministries and agencies in ensuring that due processes and procedures were carried out throughout the procurement and technical assessments.

Baru said there was some truth in public perception that previously, the Works Ministry, despite having experts like engineers and quantity surveyors, were not fully involved in the process of determining the price of mega projects, thus leading to inflated costs.

"There is truth in that. But the Works Ministry now wants to ensure that for infrastructure projects implemented using the conventional method or development expenditure, we will be actively involved in providing our technical expertise throughout the assessment process to pre-determine the value of the tender" he said in response to a question, stating that previously such costing was decided mainly by the Finance Ministry or other agencies.

Baru admitted that the ministry had very little input in the case of projects implemented under the public-private sector partnership mechanism, but he would in future push for the open tenders as well.

The minister said exemption to the open system would be given to procurements involving national security and time-sensitive projects like emergencies, such as floods where because of time factor, works were limited to certain people and prices fixed at a certain mark.

"So in that sense, you need to give it to limited contractors because of the nature of the project itself. But the selection of tender method is subject to the policy direction of the new government, especially the Ministry of Finance and that very much involves the availability of funds.

"Once they are fair, once they are controlled and transparent, I think we should be confident that future contracts are not simply decided by â€˜certain people' but would be very open and competitive" he added.

At a meeting with about 200 senior officers of the Public Works Department (PWD) in Alor Setar last week, Baru said the PWD spent about RM100 billion a year on procurements through various projects and tenders.

And to ensure prudent spending of public funds, he pledged to use open tenders extensively and transparently especially for mega projects to prevent wastage.

In the interview, Baru also agreed with public perception that despite Malaysia having some first world infrastructure and public amenities, the quality of their maintenance was of third world standard, mainly due to budget constraints.

He cited some RM2 billion is needed annually to maintain federal roads and other infrastructure under his ministry but the ministry's budget for this was only between RM600 million and RM800 million, not even close to 50 per cent of the actual budget needed.

"Because of this, about 30 per cent of federal roads are in poor or bad condition. Roads can last up to seven years before they need to be resurfaced. In Malaysia we don't do that because we lack funds. So it's a problem because at the same time we are also maintaining and implementing other projects" he said.

On the iconic multi-billion ringgit Pan-Borneo Highway linking Sabah and Sarawak, the biggest infrastructure project ever in the two states, Baru said the ministry was looking at its implementation with a focus on its overall costs.