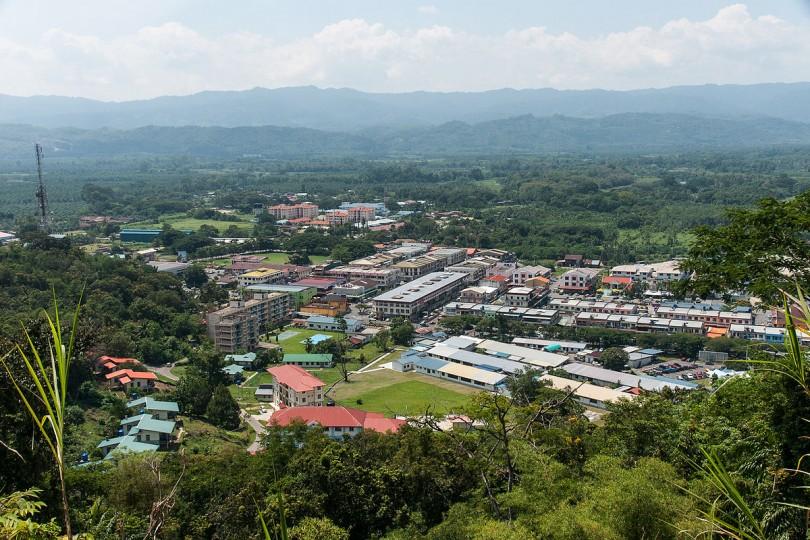 The Federal Government through its Rural Development Ministry will continue to implement rural development projects by the previous administration, with the people's needs in mind.

In addition to continuing with water supply, power supply and road construction in rural areas, the Ministry has also pledged an additional RM2 million to the existing RM18 million meant for the poor people's housing projects (PPRTs) in Sabah.

Its Minister Rina Mohd Harun said the allocation is dedicated to not only the construction of new PPRTs but also repairs on the existing PPRTs in the State.

"We know and realise that we have challenges with the current economic situation. It is important to address the urgent needs of the people, especially in the rural areas.

"This means we need to balance based on the urgent needs of the people with the financial situation.

Of course, we are reviewing some projects from the previous administration but projects meant for the people's interest will be continued," she said.

She said this in a media conference after a courtesy call on Chief Minister Datuk Seri Shafie Apdal at the State Administrative Building here, Monday, in conjunction with her two-day working visit to the State.

Among matters discussed with the Chief Minister is on how to further boost collaboration between the Federal and State governments.

She also noted her earlier meeting with State Rural Development Minister Ewon Benedick, in which they discussed on projects to be prioritised.

"We will start from the bottom, especially where it concerns the needs of the people, unlike previously when there were many projects which started from top-down. This time priority is on benefiting the people," she said.

Meanwhile, Shafie said the State Government will extend full support and co-operation to the Federal Government through its Rural Development Ministry to ensure the people's interest is prioritised.

As the Chief Minister of Sabah, the needs of the people is urgent, particularly in the rural areas," he said.

He noted that there are still many rural areas in Sabah that need assistance and support from the Federal Government, particularly the Ministry.

"With the presence of the Federal Minister today, I am confident she will conduct visits to several far-flung areas and look into the needs of these areas in detail, areas where support and assistance is most needed," he said.

Shafie, who is a former Federal Rural and Regional Development Minister, a post he held for six years since 2009, said:

"I might be 'old' in the Ministry, but perhaps the Ministry could use fresh ideas from new faces, with new approaches."

He also expressed confidence in the ability of the Ministry to pull through under Rina's leadership.

He maintained that priority should be on projects that are people-centric, where the people are really in need such as basic infrastructure.

"Basic infrastructure, you talk about water, poor people's housing project (PPRT), that is the basic and the Ministry plays a role in developing this," he said.

He said in terms of education, the Ministry has the role to assist in educating the rural community, citing Kemas to educate at the kindergarten level and Mara Junior Science College (MRSM) which is under rural development.

"This combination is good to help the rural community," he said.