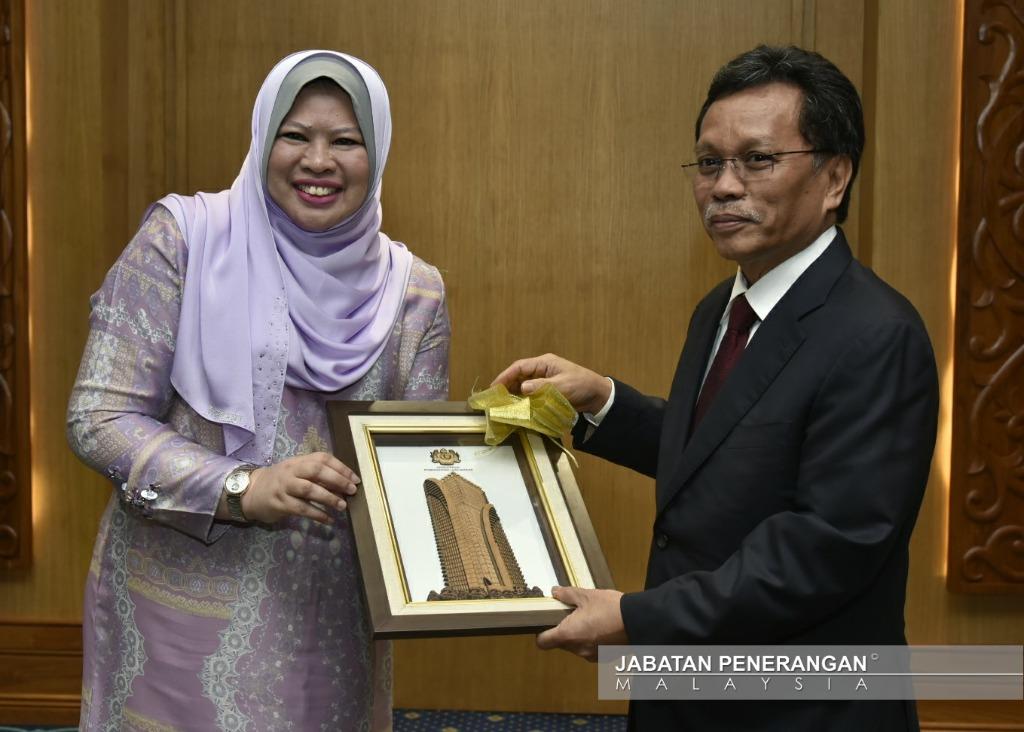 
Sabah will receive an additional allocation of RM2 million for its PPRT programme this year said Rural and Regional Development Minister Rina Harun.

Speaking to reporters after a courtesy call on Chief Minister Datuk Seri Shafie Apadal on Monday, 23 July, Rina said the addition is to top up the RM18 million balance.

Sabah, she disclosed was allocated RM66 million for PPRT projects either to repair or to build and up till June this year, there was a balance of RM18 million left.

"So the Rural and Regional ministry will top it up to make it RM20 million" she said.

Rina also said that some of the development projects identified by the previous government will be reviewed but people-centric projects will be continued and these include basic infrastructure development.

Meanwhile, Shafie said that the state government will give its full support to the Rural and Regional Development ministry, which he helmed in the past.

The state government will also ensure that the interest of the people will be the priority, especially in the rural areas as many of them still require assistance and support from the federal government.

"The priority projects are always people-centric like basic infrastructure, roads, PPRT and all that including education as the ministry has a role to play in the education of folks in the rural areas. We have Kemas for pre-schoolers and MARA-MRSM" he pointed out.