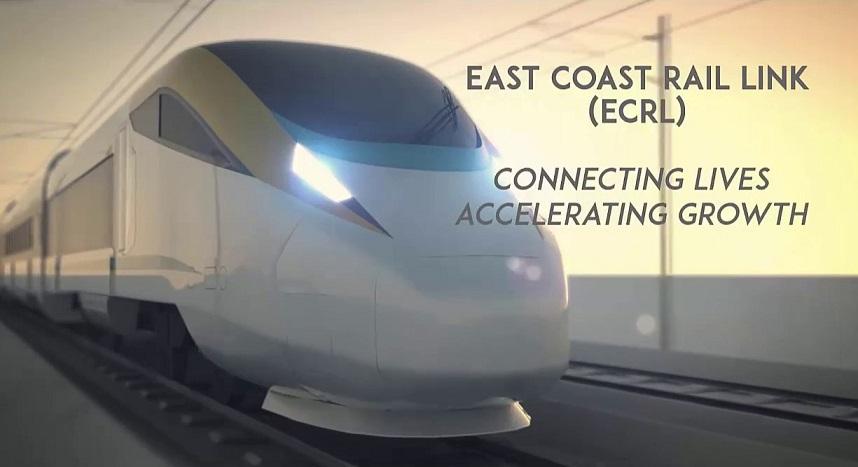 
The main contractor of the RM80 billion East Coast Railway Link (ECRL) has been told to suspend work, raising uncertainty about part of China's future Belt and Road plan.

The 688km East Coast Rail Link will connect the South China Sea in the east coast of Peninsula Malaysia with strategic shipping routes in the west and is a major part of China's infrastructure push across Asia and beyond.

The suspension comes as Malaysia seeks to renegotiate the terms of the deal with China.

Since a surprise election win in May, Malaysia's new government has pledged to cut the national debt, stamp out corruption and review major projects agreed by the scandal-plagued previous administration led by Datuk Seri Najib Razak.

Financial news outlet The Edge first reported the halt in the project, referring to a letter sent from Malaysia Rail Link Sdn Bhd (MRL) to China Communications Construction Co Ltd (CCCC) that cited grounds of "national interestâ€ among other reasons.

A spokesman for MRL confirmed the instruction to Reuters but declined to comment further.

CCCC said in a statement it regretted the suspension and was "upset and concernedâ€ over the livelihood of its more than 2250 local staff and other indirect hires.

"We respect and comply with Malaysian laws. Under the situation we have no choice but to adhere to the suspension instruction" it said, adding that it hoped the suspension would be lifted as soon as possible.

Malaysian Finance Minister Lim Guan Eng has said he planned to visit China soon to renegotiate the terms of the deal and said in a statement yesterday that the ECRL would only become economically feasible if there was a drastic reduction in costs.

"We expect that the ECRL project will only become financially and economically feasible if there is a drastic price reduction of the project by the CCCC" Lim said in a statement.

The new Malaysian government has also halted a rail project with Singapore.