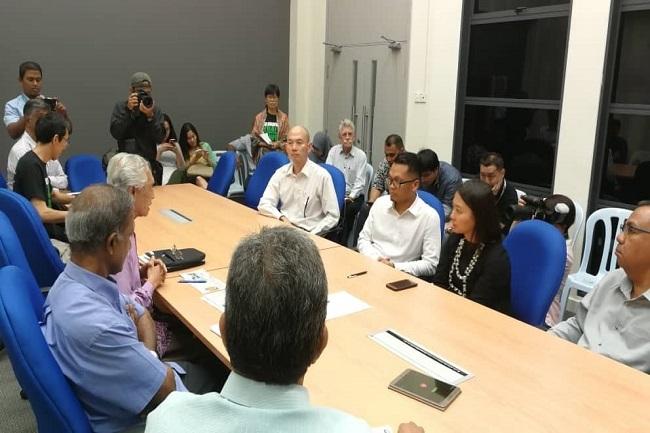 In their first meeting with the newly elected KL MPs, the Selamatkan Kuala Lumpur or Save KL Coalition (SKL) has urged the new government to gazette the Draft KL City Plan 2020 within the next six to eight months, reported The Edge.

"We have started a working relationship and some common grounds on how we can work together. At the end of the day, we just want to work together for the good of KL city and KL people. We are not here to point fingers or criticize anybody" said SKL Deputy Chairperson Datuk M Ali.

He noted that the gazetting of the local plan is the main priority and should be done within six months.

"We cannot say we wait for six months and then another six months again. There is no reason for it. We can start in July and study the views and get feedback. Even the Datuk Bandar (mayor) has set the target of six to eight months. So, if he is prepared, it means DBKL should be ready.â€

However, Ali believes there is a need to revisit the plan since changes were made over the past years such as in 2013, 2015 and up to two weeks back.

"The plans may not look like the plan that was discussed back in 2008. We went through a lot of discussions in 2008 but after that, they made changes without getting back to us.â€

Meanwhile, Segambut MP Hannah Yeoh noted that the MPs have inked a pledge on the proposed institutional reforms of SKL on Kuala Lumpur and have the issues solved.

"All the eleven KL MPs of Pakatan Harapan know that this is something we have committed to" said Yeoh.

"But we obviously need time. When the Cabinet was appointed, none of us know if there is a Federal Territories Minister or not. So, we cannot comment now in detail. But nevertheless, we have made it here to engage and listen because this kind of engagement is healthy.â€

Other institutional reforms suggested by SKL include abolishing the FT Ministry, harmonising the FT Planning Act and the Town and Country Planning Act, ensuring effective community participation and protecting green and open spaces.

Previously called the Coalition to Save Kuala Lumpur, SKL - which is made up of KL residents - spearheaded a unified citizen's engagement with DBKL this year on the Draft Kuala Lumpur City Plan 2020.