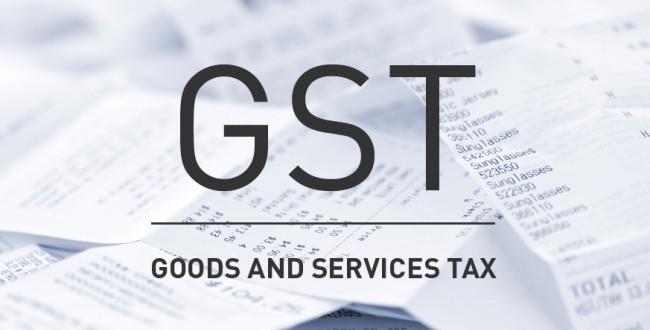 THE volume of property transactions in the country for 2018 is expected to increase due to the improvement in spending power arising from the zerorisation of the goods and services tax (GST).

According to Geh, about 70% or 192,460 units with RM68.4bil of the transactions projected for 2018 comprise residential properties.

Household essentials, lifestyle goods and services, RON97 petrol, and utility bills, are some of the items subject to GST.

According to Ooi, house buyers can also expect a possible reduction in the selling price of new residential properties.

"The cost of construction will go down with the zero-rating of GST for building materials and construction services.

"Although the sales and services tax (SST) will come in, the SST essentially is still a narrow based one tier tax system that covers certain raw materials.

"The lower construction cost could lead to a possible reduction in selling prices, boosting the demand for residential properties.

"The buyers of commercial properties who are currently paying 6% GST will benefit from the zero-rating of GST.

"However, developers will experience some escalation in cost once the SST is introduced.

"Unlike the GST, the SST cannot be claimed back" Ooi says.

"Previously developers were required to absorb the GST on input costs (cost incurred for raw materials).

"The new ruling will reduce costing, passing the savings to the buyers.

"CBRE/WTW Malaysia also reports that the zero-rated GST will provide a cushion to the market slowdown and result in cost reduction for developers.

"Long-term demand will continue to be strong for property buyers who are buying to own or buying for long-term investment" Leong says.

Raine & Horne Malaysia senior partner Michael Geh says the good news is that the decline of property transactions nationwide for 2018 will be slight.

"The value of transactions in the country is expected to increase to about RM146bil in 2018 from RM139.84bil a year ago.

"This is a healthy indication that property prices in the country, despite the soft market, have not contracted a lot" he adds.

Geh added that due to a clearer economic and political direction, developers will implement the projects they had planned or announced earlier.

"There will be more affordable range of projects within the RM400,000 to RM500,000 range planned for the country and in Penang.

"In Penang, the initiative to launch affordable projects should also be coming from the federal government, as Penang is also helmed by a Pakatan Harapan government.

"We can also expect to see more mixed-development projects in Penang that can generate long-term recurring rental income for investors" Geh said.

In his capacity as Real Estate and Housing Developers' Association (Rehda, Penang) chairman, Toh says as Pakatan Harapan now helmed the government in Putrajaya, the state government could collaborate with the federal government to fund infrastructure projects such as the expansion of the airport and the light rail transit.

"The improvement in infrastructure will see the value of Penang properties appreciating" Toh says.

(RM9.6bil GDV), Eastern & Oriental Bhd (RM1.15bil), and Aspen (Group) Holdings Ltd (RM959mil) are some of the companies with plans for new launches.

IJM Land Bhd will undertake the development of over RM4.8bil worth of projects from now till next year, says IJM Land North senior general manager Datuk Toh Chin Leong.

In July, IJM Land will start construction work for the second phase of the RM4bil Light Waterfront project.

"We are doing the earthworks now and in July, we should be able to start construction.

"The second phase should be completed in four years" Toh adds.

Toh says IJM Land also plans to launch the RM318mil 3 Residence at Karpal Singh Drive in August, and the RM520mil Mezzo for The Light Waterfront in 2019.

SP Setia executive vice-president Datuk Koe Peng Kang says the RM9.6bil Setia Fontaines project will take off in the second half of this year.

"The project, on a 1,675-acre site, has the room to cater for residential and commercial projects that would attract foreign buyers.

"We have the room the launch landed properties that are priced around RM400,000 to holiday homes that will attract overseas investors. The size allows us to plan and develop a full host of concepts, facilities, and amenities for a total experience of well-thought, well-planned development" he adds.

According to Koe, Setia Fontaines, to be executed in stages over a 15 to 20-year period, will benefit people from Butterworth, Bukit Mertajam, Sungai Petani, and Kulim.

On the island, the group has 140 acres of undeveloped land.

"We currently have projects going on in 14 locations on the island.

"The type of projects to be launched will depend on what is required by the people.

"There is excess supply only in certain locations and in certain categories of properties" he adds.

The sales contribution from the Setia Fontaines project will help the group to achieve the target for its 2018 financial year ending December 30.

SP Setia is targeting a RM400mil sales in Penang, compared to about RM180mil achieved in 2017.

Mah Sing will launch RM2.2bil worth of projects in the country this year.

These projects, comprising residential schemes and commercial, are located in the Klang Valley, Johor, and Penang priced from RM328,000 to over RM934,000.

"In Penang, we have a total of 88 acres in SouthBay and we have successfully developed 67 acres over ten years with both landed houses and high-rises.

"We have 21 acres remaining in five plots available for development in Southbay" Leong says.

IPGB is planning RM3.18bil worth of projects in the country this year.

"The work for Avenue 8, Grand Connaught and The Millenium are expected to commence at the end of this year or early next year, while Sitiawan Square will start work after the completion of the sales and purchase agreement" its chief executive officer Datuk Low Eng Hock says.

Low adds that the group still have about 59 acres of land bank in Penang, including the current development land at Penang Times Square.

"These figures exclude a few development rights via joint-venture arrangement in both Penang and the Klang Valley" Low adds.

Low says IPGB has always been optimistic about the market and it hoped to see exciting measures and schemes from the new government to further stimulate the industry.

E&O managing director Kok Tuck Cheong says the group will launch several projects in the Kuala Lumpur city centre in the next 12 months, which include serviced apartments (GDV RM880mil) at the intersection of Jalan Conlay and Jalan Kia Peng with an estimated gross development value of RM880mil, as well as limited units of exclusive residences (GDV RM278mil) at a 3.8-acre elevated site in Damansara Heights.

"We are focused currently on the Seri Tanjung Pinang Phase 2 (STP2) reclamation and development in Penang, a long-term project that will keep us busy for at least 15 to 20 years.

"Reclamation works for Phase 2A of STP2 are progressing and we are aiming for a maiden launch in 2019" Kok says.

The group will launch the HH Park Residence at Tanjung Bungah with a GDV of RM613mil and Viluxe Designer Bungalows worth RM346mil in GDV in Batu Kawan.

According to Murly, the group's focus is on established locations where the brand positioning of the developer and the project play an important role in launches.

"As purchasers have more choices, they will prefer to buy from reputable brands. A good location, fitted and furnished units are always our strategies.

"We have managed to attract catalyst investments in Aspen Vision City which will help to boost the commercial viability and ecosystem of the entire development" says Murly.

He says Aspen has started construction for Beacon Executive Suite and the take-up rate is positive.