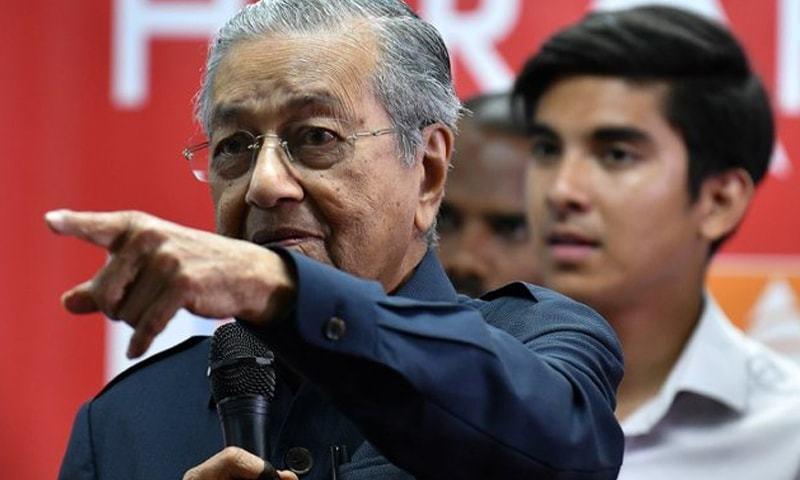 Malaysia Renegotiating Terms of ‘One Belt, One Road’ Rail Project

KUALA LUMPUR: Malaysia is haggling over the terms of a $14 billion rail deal with its Chinese partners and can reduce its ballooning national debts by $50bn by doing away with mega projects, its prime minister said in an interview published on Saturday.

Mahathir Mohamad, the 92-year-old who triumphed over scandal-plagued Najib Razak in elections earlier this month, has made it a priority to cut the national debt and pledged to review major projects agreed by the previous government.

Work on the 55bn ringgit ($13.82bn) East Coast Rail Link - the largest such project in the country and a major part of Beijing's One Belt, One Road (Obor) infrastructure push - started last year.

The project was planned to stretch 688 kilometres (430 miles) connecting the South China Sea at the Thai border in the east with the strategic shipping routes of the Straits of Malacca in the west.

"We are renegotiating the terms" Mahathir told the financial newspaper The Edge. "The terms are very damaging to our economy.â€

The project is being built by China Communications Construction Co Ltd, and is being mainly financed by a loan from China Exim Bank.

Mahathir also questioned the need for the project in the first place.

Addressing the need to reduce the national debt and liabilities - which the government puts at around one trillion ringgit ($251.32bn) or 80 percent of its GDP - Mahathir said "at one go we can reduce it by 200bn ringgit ($50.26bn) by doing away with all these huge projectsâ€.

Mahathir said Malaysia is also going to look into how it can reduce the cost of any potential exit from a deal with Singapore for a high-speed rail (HSR) to link its capital Kuala Lumpur with the city-state, said Mahathir.

The project, valued by analysts at about $17bn, is currently out for tender and is scheduled to be completed by 2026.