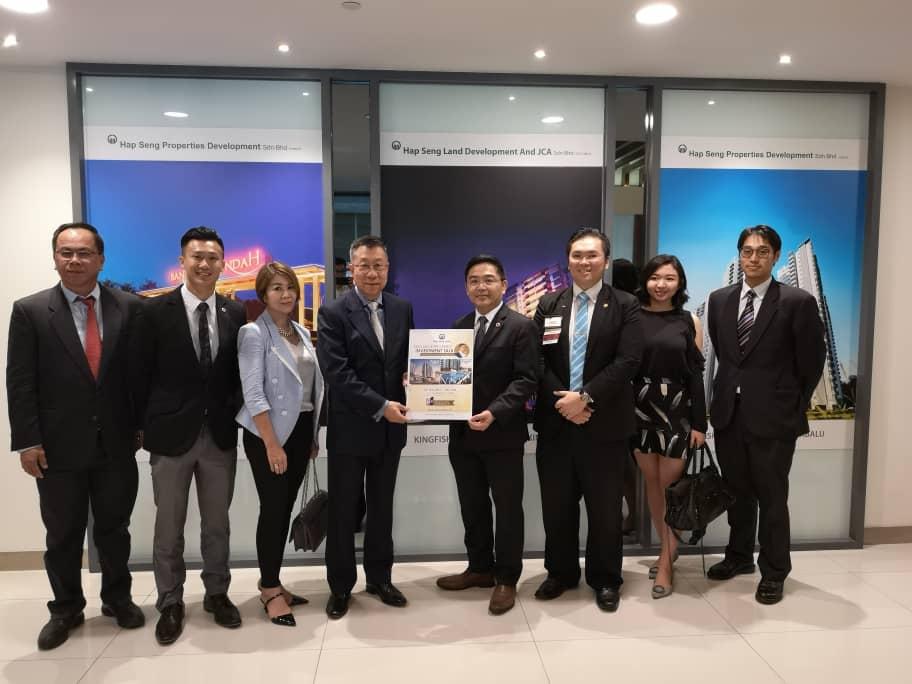 In today's changing economy, the right connection is everything. With over 200,000 members worldwide, Business Networking International (BNI) is the world's largest business networking and business referral organization.

After its successful private event launch of Kingfisher Putatan, Hap Seng Properties Sdn Bhd will be hosting another private event for its Kingfisher properties on 24 May at Plaza Shell and has extended the invitation to BNI and its members. The private event will see attractive flash deals up for grabs during the night.

BNI made a courtesy call to Hap Seng Properties at their Plaza Shell office on Friday, 18 May, to extend their full support.

The BNI system has been proven to work for over 30 years. The philosophy is simple, Givers Gain. It means if I give you business you would like to give me back business. BNI limits each local group to one person only from each trade/profession.

Colleagues recommend each other to their contacts. Typically, they also choose to use the colleagues they know and trust themselves. Many people find they do not need to advertise anymore because they have a BNI membership.

Hap Seng encourages BNI and other associations to ride on this wave of opportunity and invite its members to come and seize the unbeatable deals that will be revealed on the night.