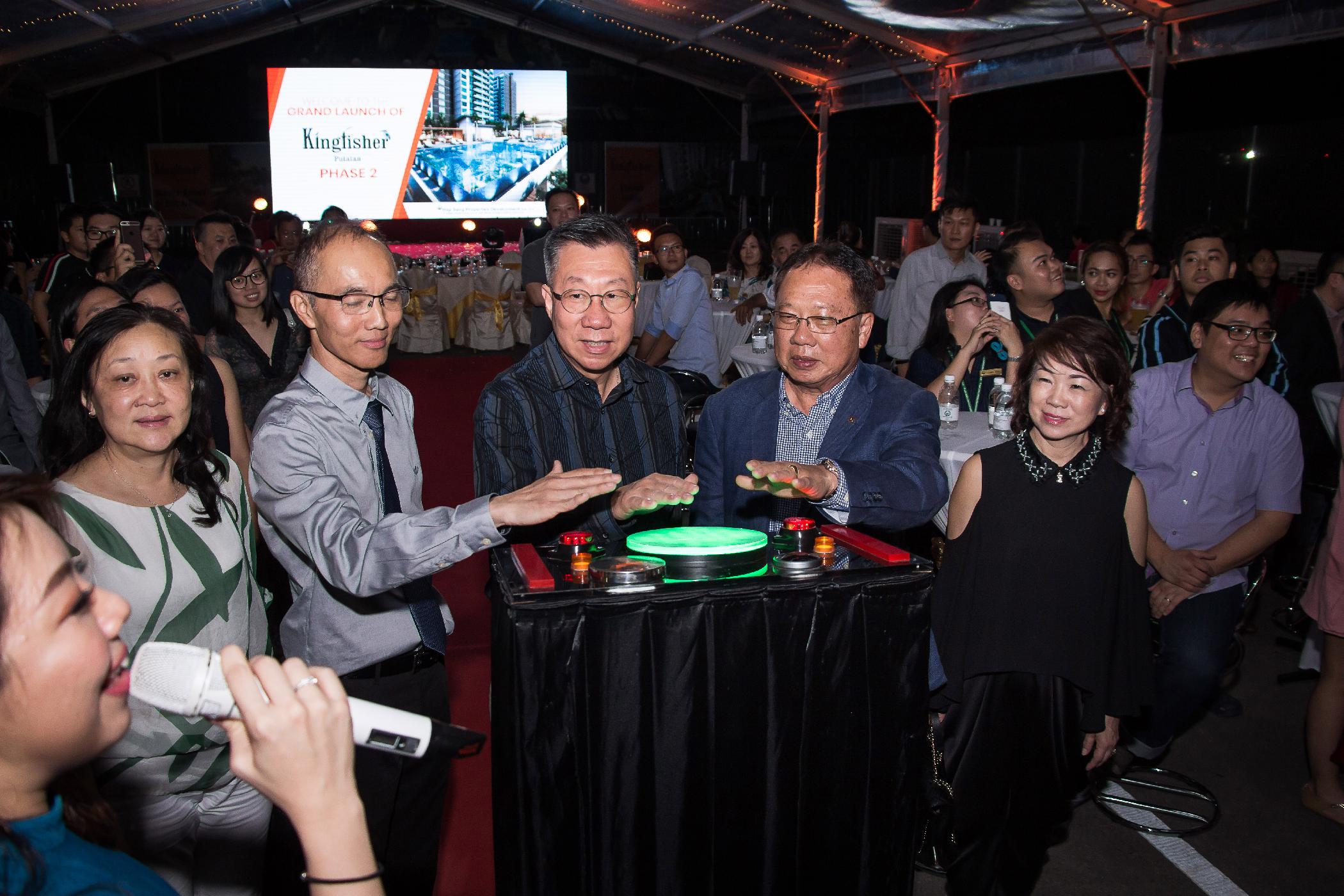 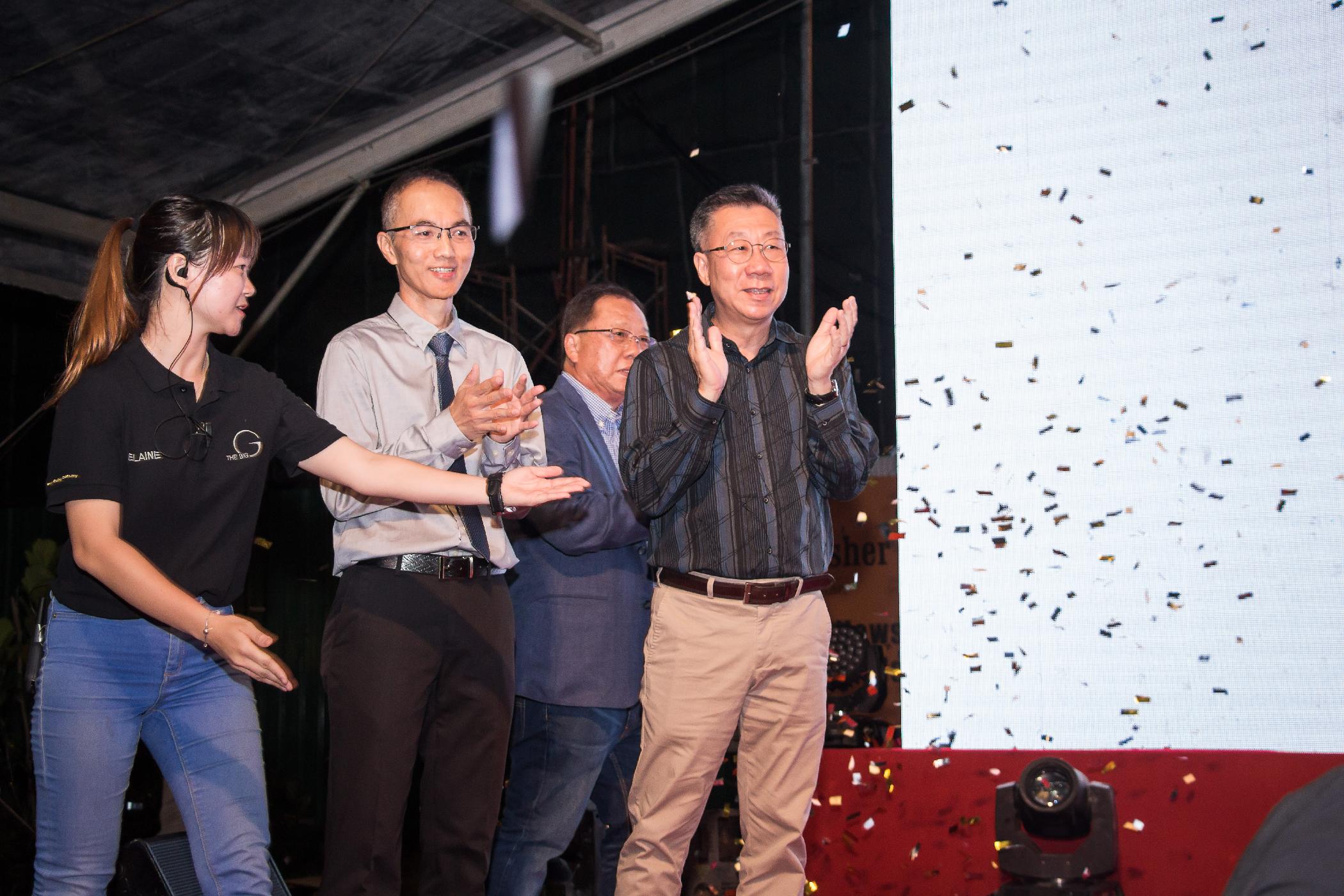 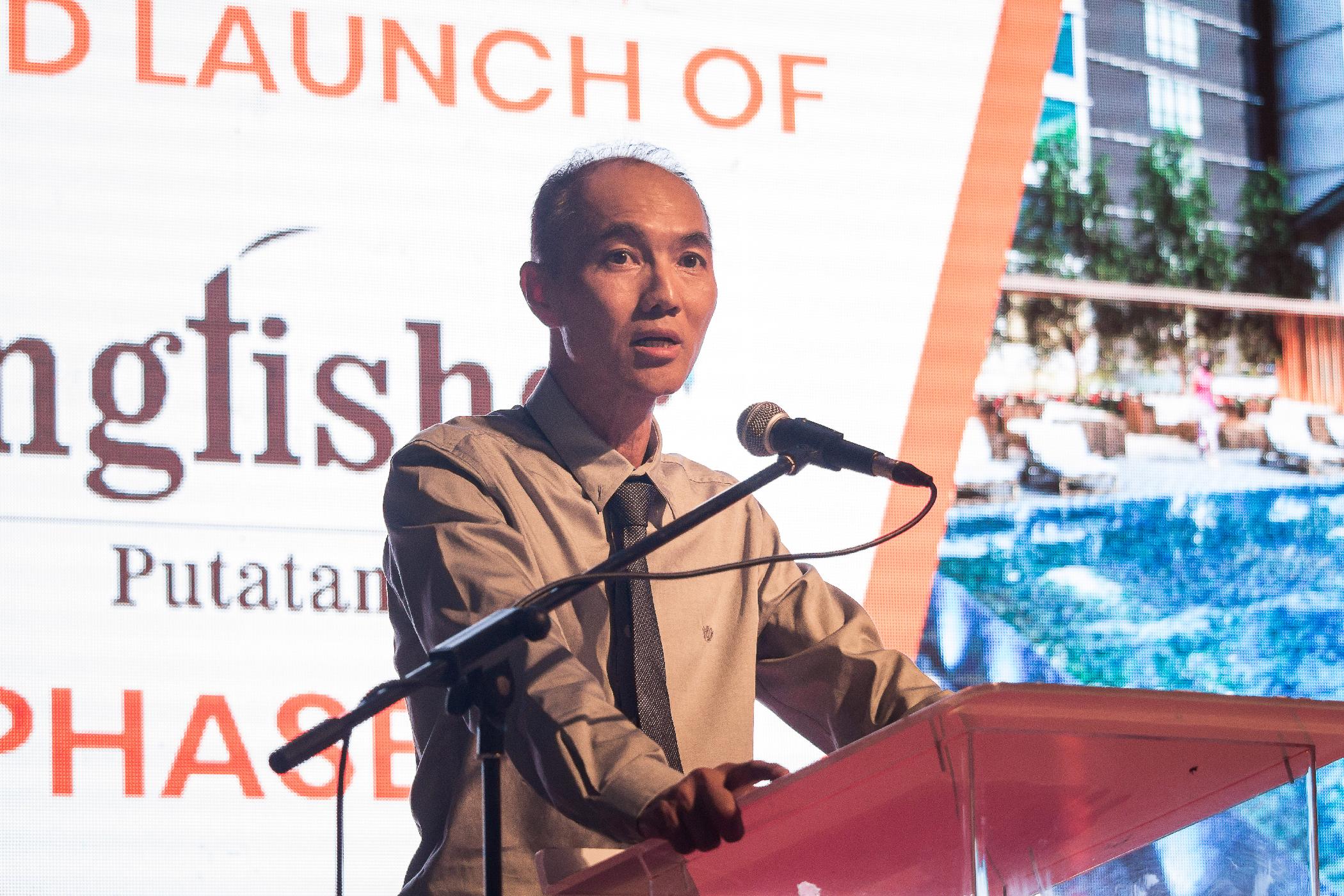 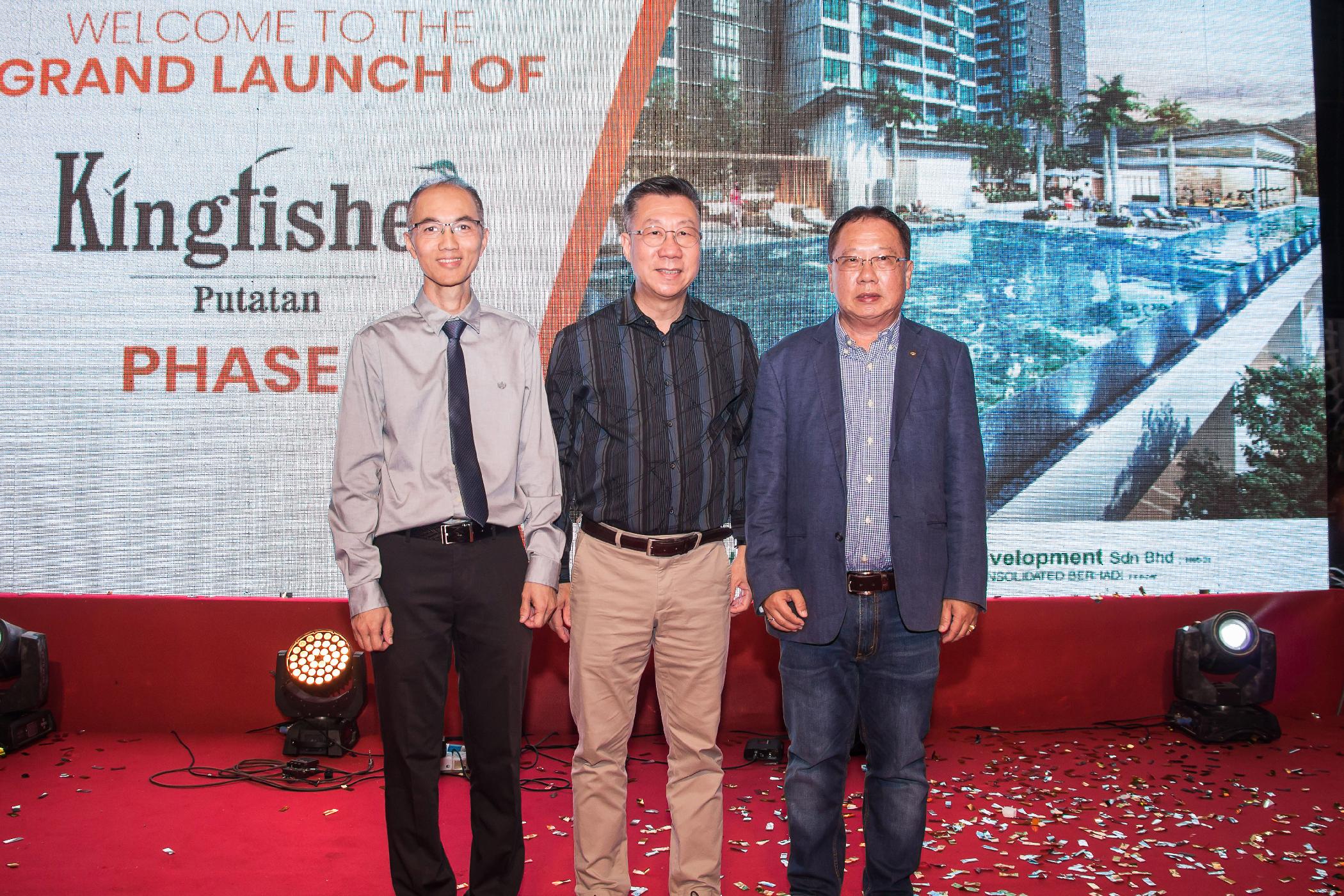 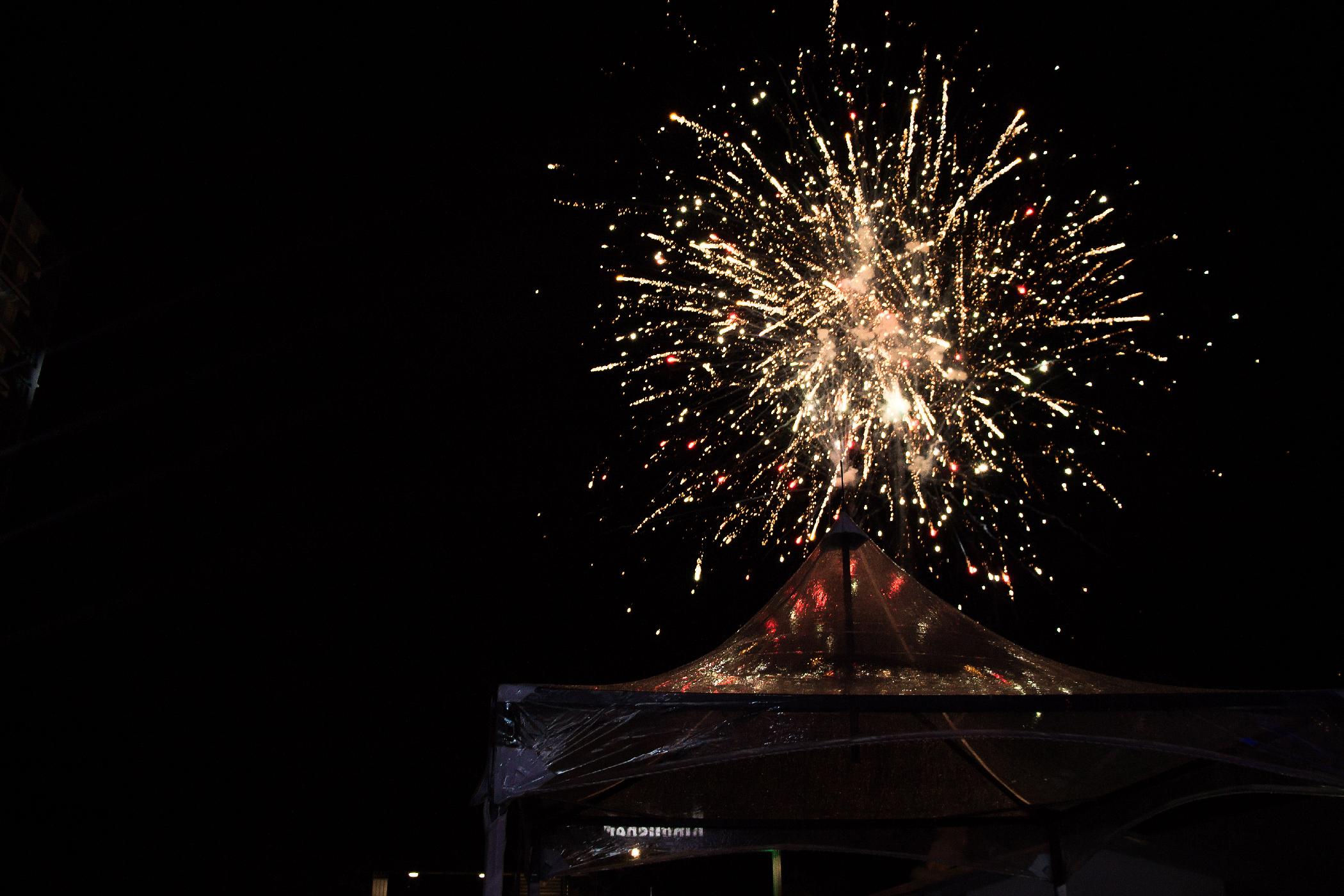 On Saturday, 21 April, Hap Seng Properties Development Sdn Bhd held an exclusive launching of Kingfisher Putatan Phase 2 at their development site, marking another milestone for the group. Being in the property development industry for 50 years, Hap Seng has been dubbed as the trusted name in property development with the tip-top quality of workmanship, high-quality materials and affordability engraved into the company's core value.

In his opening remarks, Chief Operating Officer, John Tan said that Hap Seng is committed to delivering its product to its customers on time. "I'd like to take this opportunity to announce that we completed Kingfisher Putatan Phase 1 22 months ahead of schedule and we've also received OC for that" said John, adding that keys will be handed over to the buyers soon.

"Some of our buyers are wondering why we are offering one of the most competitively priced condos, designed with full condo facilities. It is simply because we are a producer and trader of building materials. Our development has reached Level 7 before we've even launched Phase 2" shared John, reiterating the Group's synergy and commitments.

Hap Seng will be building RM1.5 billion worth of GDV this year (2018). John said he believes their development will appreciate handsomely if they build now and urged the people to start their investment journey now before it's too late.

"My point is the beat inflation because the construction cost will not go down. In fact, the trend in building materials are on the rise, therefore increasing the property price" he said.

"Putatan has always been a commercial and industrial township until recently. It has transformed into a matured multipurpose hub, ranging from commercial shop lots, industrial, factories and now, more and more residential developments are being developed here. I believe Putatan is one of the best investment townships as the price is still in the affordable range and it's strategically close to KK City Centre and the airport" he said.

The local authorities and government are working hard to giving Putatan's infrastructures a major facelift. With talks about a flyover to be built and the construction of Pan Borneo Highway cutting through Putatan, investors will benefit from these developments.

"A lot of thought process was put into Kingfisher Putatan and after much deliberation, we've decided to label her as â€˜The Condo' because it comes equipped with facilities such as swimming pools, gym and a recreational deck" said En.

With the earthquake disaster that shook the State in 2015, Hap Seng has taken the initiative to include a seismic design into their buildings to ensure the safety of the residences. "I encourage everyone here to capture this opportunity to invest with us. With the track record of our previous developments and the quality of workmanship delivered, Hap Seng's properties is the best-assured way to counter inflation" said En, before officially launching Kingfisher Putatan Phase 2.