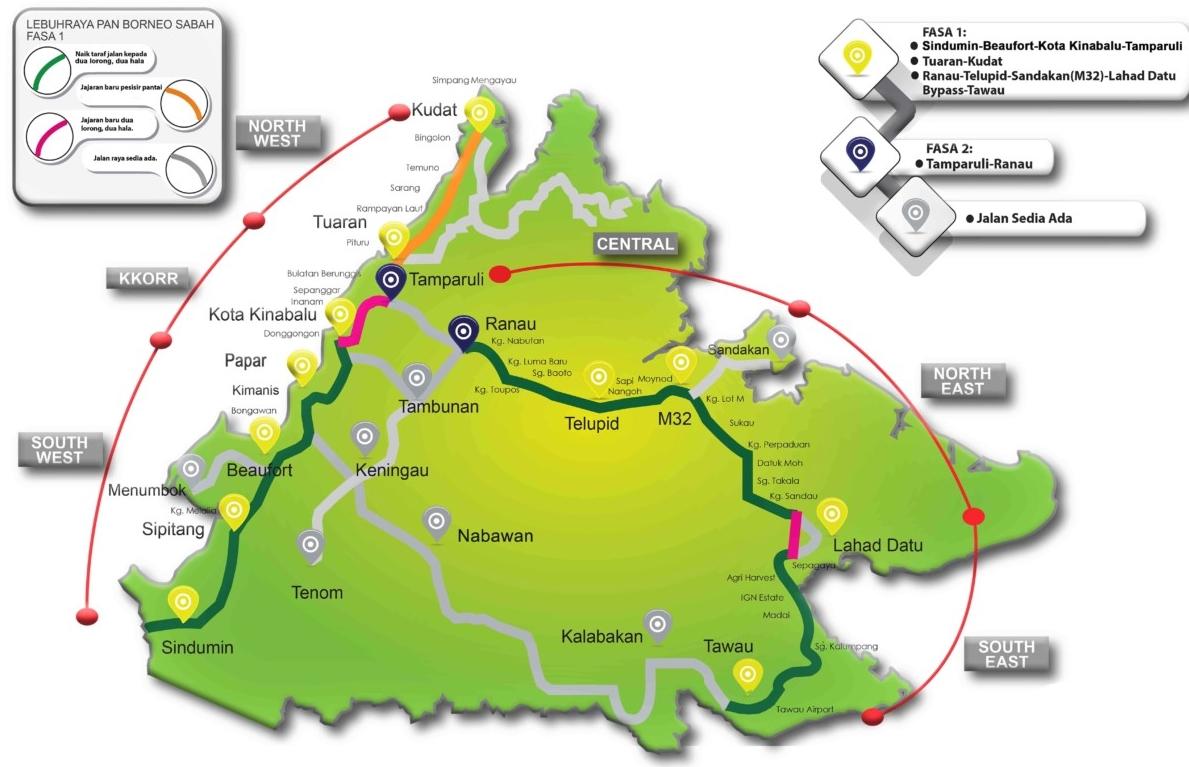 Earlier this month, it was reported that construction on the Sarawak section of the Pan Borneo Highway project which is expected to be completed in 2021, was ahead of schedule. Work on the 706 km-long Sabah portion of the highway is also progressing, Bernama reports.

The project, which involves the widening of the existing Federal roads to two-lane dual carriageways and the construction of new coastal road and new expressway/bypass sections, is being implemented according to phases and packages, Sabah Chief Minister Tan Sri Musa Aman said.

He said construction of the Sabah portion, which runs from Sindumin to Tawau, involves 35 packages worth RM12.8 billion, with seven packages undergoing construction since April 2016. He added that as of March this year, five of the packages were at the stage of earthworks for the building of the road alignment and bridges, while the other two packages were in the process of entering the site.

Musa said the highway, which will be toll-free, will serve as a catalyst to stimulate and drive the state's economic growth. Altogether, the entire project covering Sarawak and Sabah will span a total distance of 2,239 km, and was previously reported to have a ceiling budget of around RM27 billion.