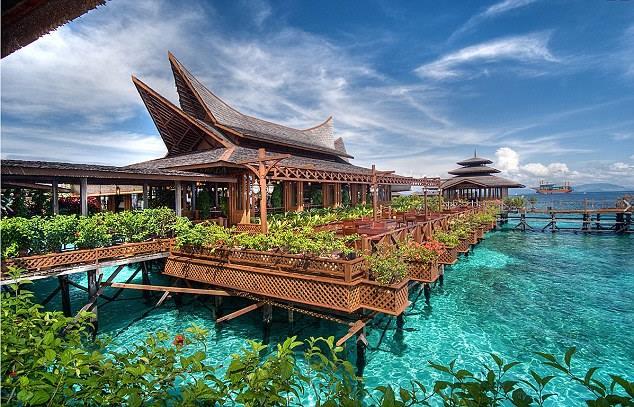 Floating Villas Project to Take Off Near Sipadan

About 10 million tourists are expected to visit Sabah, including here, in five years' time upon completion of 200 units of floating villas in Tawau, Sipadan. Work would commence within this year.

This was made possible through the signing of two Memoranda of Understanding (MoU) between a State government-linked company (GLC) Sabah Green Development Sdn Bhd with China-based Living Great Fortune Sdn Bhd and the Malaysian Institute of Microelectronic Systems (Mimos), which is a research and development centre in Kuala Lumpur under Science, Technology and Innovation Ministry (Mosti).

Sabah Green Development Sdn Bhd was given the mandate to empower tourism in East Coast of Sabah, especially in Sandakan, Tawau and Silam.

The GLC received approval from the State Cabinet to implement the effort together with Sandakan Municipal Council to attract more tourists from China to come to East Coast of Sabah via the Sabah East Coast Tourism Belt Action Committee.

The signing of the MoU between the GLC company with Mimos was aimed at a smart tourism system that would provide facilities and security to the tourists while the signing of MoU with the China-based company is to build the 200 units of water floating villas.

Various efforts would carried out to attract tourists from China to come to the area including providing direct flights and other tourism-based needs.