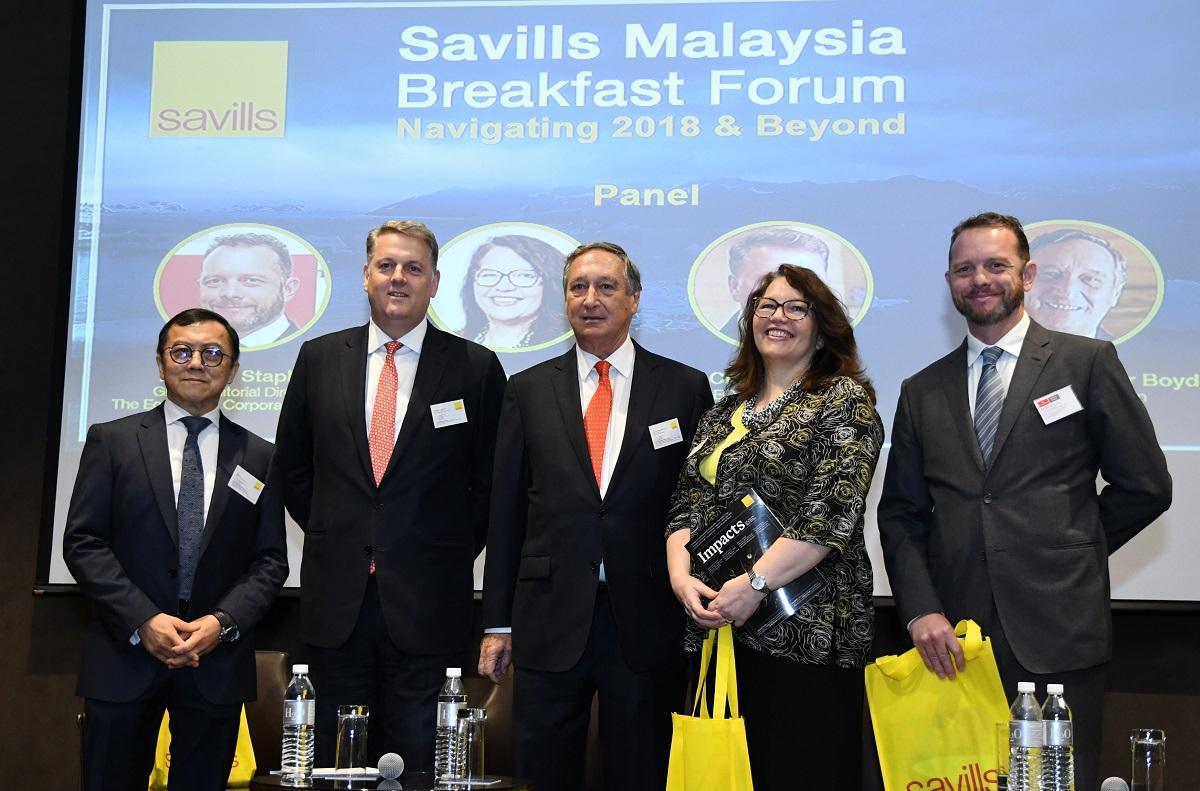 "What we have seen is a lack of confidence in the market as well as affordability in the residential market, but I think it has been overplayed. And I feel very sure that once the general elections are over, whatever the outcome, there will be an increase in demand for residential property and the market will begin to pick up" he told reporters after Savills Malaysia Breakfast Forum in Kuala Lumpur today.

Boyd was one of the panelists at a panel discussion of the forum, which was also joined by The Economist Corporate Network global editorial director Andrew Staples, head of Savills World Research Yolande Barnes and Savills South East Asia CEO Christopher Marriot.

Speculation over the timing of the elections has intensified lately, with many political pundits expecting Parliament to be dissolved in a matter of weeks, paving the way for the polls.

Parliament will be automatically dissolved on June 24, and the general elections must be held within 60 days after that.

Although the turnover for real estate deals is expected to increase this year, Boyd believes that prices "are not going to go through the roofâ€.

"It is not going to cause a price explosion because it will be tempered by quite a considerable backlog that some developers still need to clear as well as the increasing supply" he explained.

On the office sector front, he expects the vacancy rate in the Klang Valley to increase slightly while rental will face little bit of downward pressure before the market stabilises.

"The current vacancy rate for office buildings in the Klang Valley is between 20% and 25%, which is not the worst that I have seen in my lifetime. I think it will hover around 25% or so until the surplus space is absorbed, which is expected to happen in 2021 or 2022.

"Meanwhile, rental rates have been surprisingly stable and resilient but they are under pressure now, so tenants who are moving now to take advantage of better-specified buildings are getting a great deal" he said.

According to Savills Malaysia, the existing stock of office space in the Klang Valley stood at some 120 million sq ft, which is higher than Singapore and Bangkok.

"It is going through a growth phase. We will have about five million sq ft per annum completing over the next three years. We have an annual absorption of about three million in a good year and one to two million in a quiet year. So clearly there is more space being built than is required in the short term and this is putting pressure on rents" Boyd explained.

"But buildings go in cycle and phases, come 2022 there may be very little new space coming on stream for the next few years. Developers build off these buildings for the long term - for 50 or 100 years, so a little bit of temporary vacancy is not life-threating.

"The new generation of office buildings is very, very much better than the old generation as they have bigger floor plates, are better specified and have more amenities for tenants. So you have to look at it as an evolutionary process, which will sort out in the medium term" he concluded.