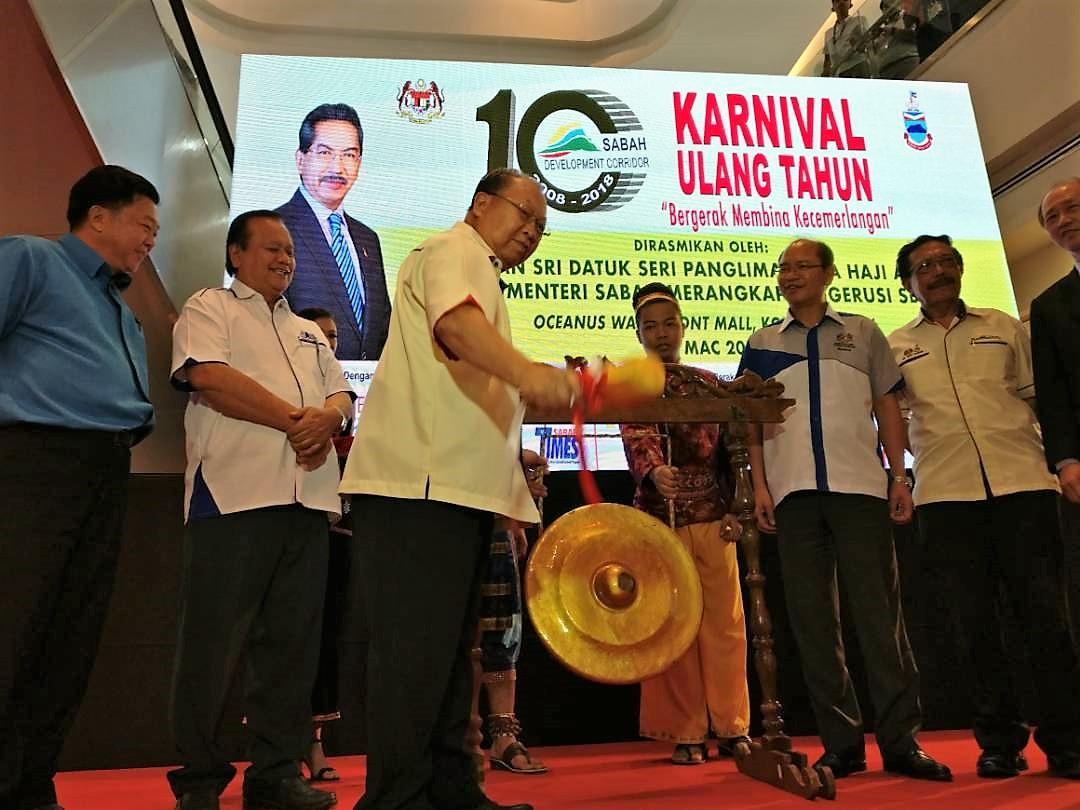 "This emphasis is timely at a time when the national and Sabah state economies are transformed into more diverse, with high-value-added as well as service-centric and knowledge-intensive" Musa said in his speech read by his deputy Tan Sri Joseph Pairin Kitingan at the tenth anniversary of SDC yesterday.

"Efforts will be geared primarily towards the enhancing the efficiency of the logistics sector by upgrading key infrastructure, integrating land, sea and air services, which include upgrading Sapanggar Bay Container Port and airport expansion works" Musa added.

With the basic infrastructure in place, vibrant investment climate and aggressive implementation of human capital and entrepreneurship development, Musa opined that the SDC would be able to complement the efforts of the state and federal governments to help drive the nation's development.

In his speech, Musa had also lauded SDC for the various developments it had contributed to the state since its inception on January 29, 2008.

It is understood that the SDC Blueprint complemented the Halatuju Pembangunan dan Kemajuan Negeri Sabah, which was introduced in 2003.

The main goal behind the establishment of SDC is to reduce the development gap between Sabah and the other states in Malaysia, by raising the level of Sabah economic development.

The carnival will be held at Oceanus Waterfront Mall until March 18 and it will feature various talks as well as exhibition booths.

Yesterday's launching also witnessed the handing over of the Award Letters for the Bumiputra Development Programme for NGOs in Sabah.