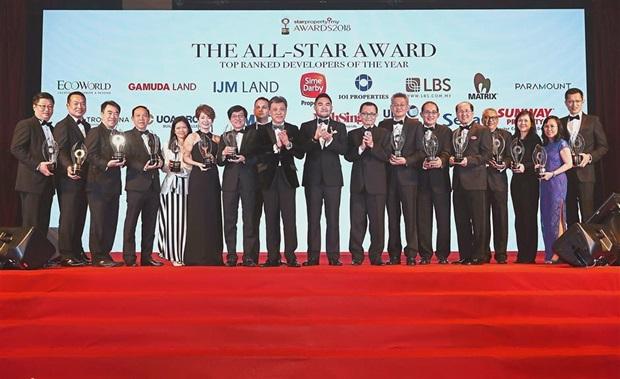 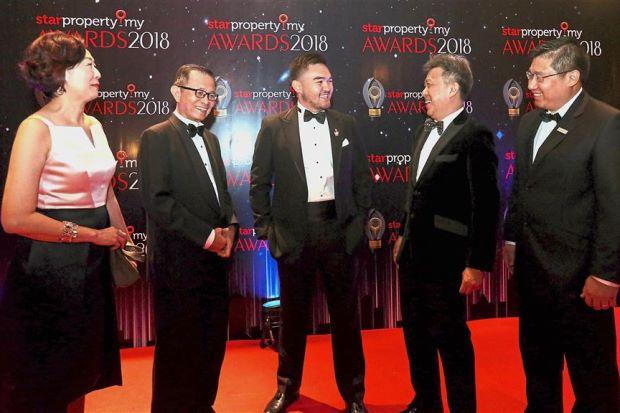 Top property developers in the country were honoured for their outstanding achievements in the third instalment of the StarProperty.my Awards. The main aim was to recognise developers that had shown consistent financial strength and delivered quality products to their customers as homes or investment assets.

This main award category honours developers that have consistently created and added value to their property projects while engaging with important stakeholders such as the community they serve and their customers.

"These developers have not only displayed their capabilities through their state-of-the-art developments, but have launched business models that fuse their corporate values with social responsibilities by developing sustainable communities for the future" said Star Media Group managing director and chief executive officer Datuk Seri Wong Chun Wai.

Three new sub-categories were also initiated, namely the Family Friendly Awards (from RM350,000 and from RM750,000) and WOW Award (Most Iconic Development - Commercial).

The StarProperty.my Awards 2018 was organised by StarProperty Sdn Bhd, a wholly owned subsidiary of Star Media Group, and supported by Eastern Decorator and Green Planet Midori.

StarProperty.my Awards coffee table books, which highlighted exceptional development projects in the country, were given out at the event.

From March 29 to April 1, the StarProperty.my Awards 2018 Showcase will exhibit the award-winning projects at The Curve shopping mall.