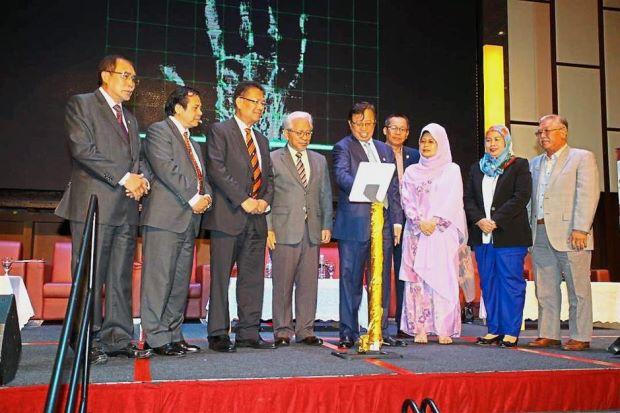 
The completion of the coastal road and a second trunk road will improve connectivity and spur rural development in Sarawak.

"This will transform the coastal area and link it to the interior of Sarawak.

"It is the objective of the state government to connect these areas.

"The challenge is that we have a lot of rivers, so we have to build a lot of bridges and the cost will be high.

"But the benefit will be greater than the cost and therefore the government will develop this coastal road at whatever cost" he said when opening a coastal road development seminar on Friday, 9 March.

Abang Johari said the coastal road and second trunk road network, including the bridges, was expected to take about 10 years to be completed up to Miri.

He also said new technology would be used to harden the peat soil in coastal areas for a smooth and even road surface.

"One such technology is biocement, which is a combination of cement and a biological agent.

"Research on this is being undertaken by Curtin University and if the findings are positive, we can use the technology on our coastal roads" he said.

The Batang Sadong bridge is already completed and Batang Samarahan bridge nearing completion, while the Batang Rambungan and Batang Igan bridge projects are expected to start this year.

Of the rest, some are at the tender stage while others are still being designed.

"Once we build all the bridges, the coastal highway will be seamless from Sematan to Miri.

"There will no longer be a need to use ferries" Masing said, adding that all 11 bridges were expected to be completed by 2023.

On the second trunk road, Masing said it would comprise three packages from Kota Samarahan to Roban, from Sebuyau to Sri Aman and Betong and from Jalan Kelupu/Jalan Tanjung Genting to Lanang, Sibu.

He said the cost of the coastal road, second trunk road and bridges would be capped at RM11bil over 10 years.

"Upon completion, it will provide an alternative route to the Pan Borneo Highway and reduce travel time.

"For instance, it will take two and a half hours to drive from Sibu to Kuching on the coastal road compared to six hours on the Pan Borneo Highway" he said.