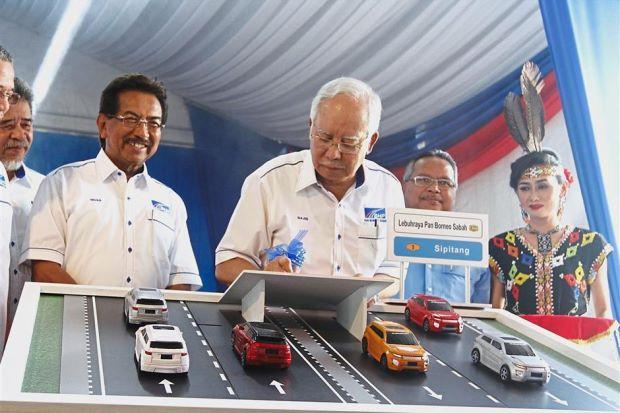 
The Sabah government will continue with the implementation of key development projects in 2018 for the benefit of the people, said Chief Minister Tan Sri Musa Aman.

In a New Year message, he said these included infrastructure projects such as the Pan Borneo Highway and the issuing of communal land titles.

"In tandem with that, it is our (state government's) vision to see the quality and affordable housing for Malaysians in Sabah.

"I wish to call on all of us to close ranks and to be focused on our joint agenda to develop Sabah.

"Do not allow parochial thinking to close our minds as we need to work with the rest of the country in order to enjoy progress" he said.

Musa noted that Sabah had, over the past decade, transformed itself into a state that was increasingly competitive within Malaysia and the region.

This was due to the consistent efforts in improving the economy, taking care of the welfare of the people, maintaining political stability and ensuring that development reached those who needed it the most.

"Malaysia's transformation towards a high-income nation is on track with the various policies that have been introduced in the past decade under the leadership of Prime Minister Datuk Seri Najib Tun Razak.â€

Musa said diverse programmes had been rolled out, leveraging on Malaysia's strengths and were now bearing fruit.

He said that in January 2018, it would be 10 years since the Sabah Development Corridor had been in place and "we have seen how the focus on tourism and logistics, palm oil and the oil and gas sectors are creating new sources of growthâ€.

"Projects generated via these initiatives are not only creating more local entrepreneurs but helping generate a pool of knowledge workers.