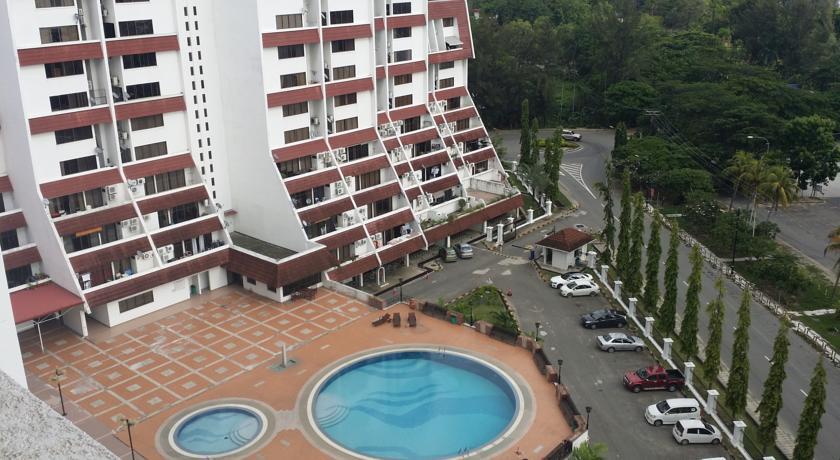 KOTA KINABALU: A group of frustrated Waikiki Condominium registered unit owners are pushing for an Emergency General Meeting in an attempt to change the property's existing management corporation they alleged to be unqualified.

Their spokesman Lee Wah Ban said to do this, they will have to seek for the rest of the unit holders who have received their subsidiary titles to hold a valid meeting.

"The current situation is in a mess and the only way to clear it is to call for an EGM," he said.

The group alleged that the existing management corporation is not qualified to hold office as it does not have the quorum to hold meetings and that some of its council members are "outsiders".

"In fact, everyone in the lineup is a council member. At the moment, there's no chairman, no secretary, no treasurer. I've never seen an organisation like this. No one knows who to turn to because all of them are just council members. And if there's no treasurer, then I wonder who is holding the money."

"I also learned that two of them had resigned. One said to have resigned but later came back. So, only a few were left which means they don't have the quorum to hold any meeting. It also means their minutes are invalid. They've not been functioning properly," he claimed.

According to Lee, the dispute started more than a year ago when the new management corporation took over from the previous committee chaired by a former State Minister.

He said the previous committee served for two years but could not go for re-election in compliance with the Strata Management Act that does not allow members to hold office for two consecutive terms. He said the previous management committee members did not have a problem with others being elected, believing that they could perform the responsibilities.

"They elected a French man as chairman. But some time later he returned to his home country for five months. And also because of some internal issues, the management corporation later turned into a mess especially after some of the council members resigned," said Lee, who served as vice-chairman in the previous committee. He said when queried, the management corporation appointed several individuals he claimed to be outsiders in the lineup.

He said they have also engaged a lawyer to seek clarification on alleged improper operation and functioning of the existing management corporation, including the absence of the French man who was away from Sabah for months, among others.

The group took offence when the long-serving property manager whom they deemed as trustworthy and reliable has been issued with more than 70 show cause letters in the span of two weeks by the management corporation.

"They've not sorted out their own issues yet they have time to issue her with show cause letters," he said. The property manager claimed that recently she was asked to sign a service termination letter. She has not signed it. To call for an EGM they need the support of at least one-third of the registered unit owners.

"It's not easy to establish a management corporation because we need to have 30 per cent of owners who have received their strata titles. Most of them are not around and they don't know what's going on. But we did it before even though it took us four to five years. I think we can do it again. We only want this property to be managed well," he said.

He said in 2015, they succeeded in getting the number to form the property's management corporation to be run by unit owners. Prior to that it was managed by a company.

The beach side property in Tanjung Aru consists 234 units and was the first condominium to be built in the state.