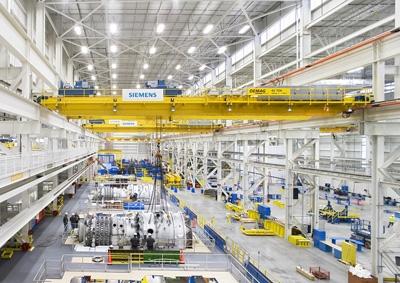 
KOTA KINABALU: A total of 757 manufacturing projects with investments worth RM19.7 billion have been implemented in Sabah until December last year.

"We are pleased that despite the challenging global environment, Sabah continues to attract additional approved investments this year worth more than RM400 million in the services sector, particularly hotel and tourism, energy generation and conservation projects as well as in the manufacturing sector, in the first half of 2017" he said.

He also said that they were aware that a comprehensive ecosystem will be a natural magnet for investments.

"With that in mind, the government continues to undertake concerted efforts to put in place the required enablers to support investors in doing their business in the country" he said.

He also said that the start of the Pan Borneo Highway was a game changer that will transform the future of Sabah and Sarawak, adding that the highway will drive the economic development of the people along its 2,083 km alignment and accelerate the social and economic growth of the region.

Upon completion, the Pan Borneo Highway is slated to be the transportation backbone of Sabah and Sarawak and will play a major role in opening up economic corridors and opportunities in areas it traverses, he said.

"With the greater mobility the highway provides, the cost of point to point connectivity will be reduced and more business opportunities will be created in Sabah and Sarawak" he said.

Zabidi also expressed that Mida is optimistic that the project will be an impetus to attract more quality investments into East Malaysia, particularly in the targeted sectors such as petroleum products, chemical and chemical products, oil and gas, building materials, food manufacturing, furniture, tourism and agriculture.

At the same time, he also shared that the documents for the "Future of Manufacturingâ€ study on the 3+2 catalytic and high growth potential sectors identified under the 11th Malaysia Plan and the National Plan for Industry 4.0 were expected to be completed by the first quarter of next year.

He also outlined several of the government's new incentive packages under Budget 2018, such as the additional matching grants of RM245 million under the Domestic Investment Fund to upscale Smart Manufacturing facilities; extend the incentive for Automation Capital Allowance for labour intensive industries in the category 1 (rubber, plastic, wood and textile products) on automation equipment for the year of assessment 2018 to 2020; and Accelerated Capital Allowance of up to 200% on the first RM10 million qualifying capital expenditure incurred in the year of assessment 2018 to 2020 for manufacturing and manufacturing related services sectors.