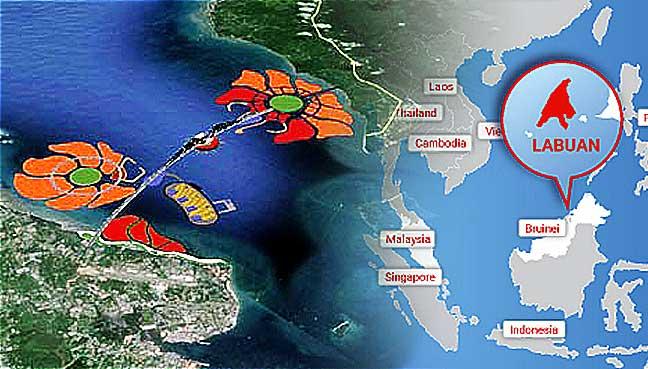 Build the Bridge, Not Conduct Another Study


Kota Kinabalu: Sabah PKR urged the Government to build the proposed bridge to connect Labuan with mainland Sabah instead of conducting another feasibility study, as announced in the national Budget 2018 unveiled recently.

Labuan PKR Chief Simsuddin Sidek said a similar study was conducted eight years ago and estimated the bridge to cost around RM3 billion and could reach RM6 billion if the construction was delayed.

He said the proposal to build the bridge was first mentioned in the Labuan Development Masterplan draft in 1997.

"The first study which cost RM5 million was completed in 2009 by Universiti Malaysia Sabah (UMS), funded by the Federal Territory Ministry, and found that it was feasible to build the bridge.

"So, it is rather odd that the Government is going to do another feasibility study on the bridge," he told a press conference on Wednesday (1 November).

Claiming the Barisan Nasional (BN) government has not been consistent in its stand on the matter, Simsuddin said PKR, on the other hand, has been consistent and even made a petition previously.

He questioned whether the announcement was mere rhetoric or an attempt to fish for votes with the general election around the corner.

The new feasibility study was estimated to cost RM14.31 million and the construction of the bridge would take between three and four years.

The bridge, said Simsuddin, is a necessity and should be implemented immediately.

Welcoming the announcement, Labuan Member of Parliament Datuk Rozman Isli was reported saying that the feasibility study would be the first step to making the bridge a reality.

He described it as "a game changer" that would give a huge positive impact economically to the whole region, including Sabah and northern Sarawak.

Once the bridge is constructed, Rozman said, Labuan Airport would even play a bigger role in serving more people and the market.

Meanwhile, Sabah PKR Vice Chairman Keny Chua, who is also Penampang PKR Chief, deemed the Budget 2018 as not inclusive in terms of development.

Citing a promise to build a school in Moyog, he said until today the promise has not been fulfilled.

"Even the new Penampang health clinicâ€¦the groundbreaking ceremony was performed in 2008 but until now nothing has been constructed."

He also said the drainage system in Penampang should be improved as the people in the district were often haunted by extreme flooding which damaged their belongings every year.