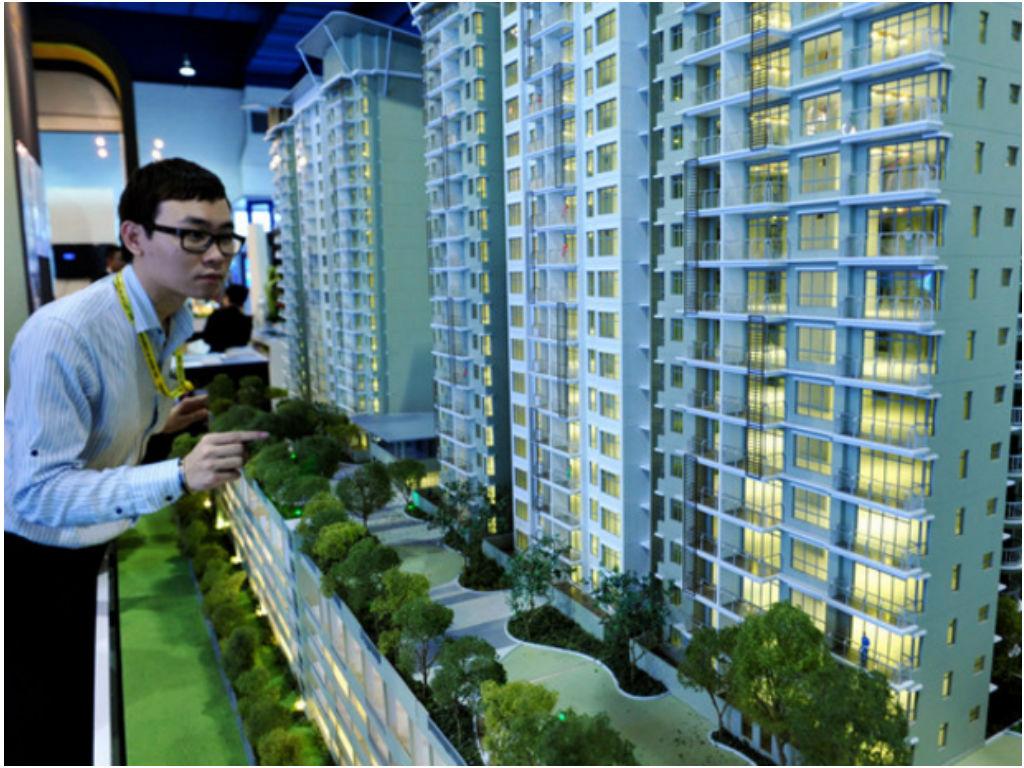 KUALA LUMPUR - Malaysia's central bank has a response to those saying it needs to do more to spur home loans: houses simply aren't affordable.

Bank Negara Malaysia has created a website packed with data aimed at debunking the "mythâ€ that access to financing was deterring home ownership, showing that loan approvals for key cities are near 70 percent or higher.

The central bank has resisted calls to loosen mortgage lending, instead of saying the property industry should boost efforts to cut costs and accelerate supply.

Rising home prices have added to the grievances of Malaysians grappling with the cost of living since a goods and services tax started two years ago, and as the government removes subsidies on daily items including petrol and sugar. That's made affordable housing a key voter issue for Prime Minister Datuk Seri Najib Razak ahead of a general election that must be held by mid-2018.

"It's a tricky situation" said Wan Saiful Wan Jan, chief executive officer of the Institute for Democracy and Economic Affairs in Kuala Lumpur. "I don't think it's right to say that there's no problem with financing. But lending rules have to be both strict and balanced at the same time, otherwise, we'll have more non-performing loans and that is not good for anyone in the country.â€

The median house price in Malaysia was 4.4 times the median annual household income in latest available data, making the housing market "seriously unaffordableâ€ compared to global standards, according to a 2015 report by state-run Khazanah Research Institute. The report classed an affordable market as one with a median multiple of 3 times.

That still makes Malaysia cheaper than many other markets, with affordable housing in key cities something of a rarity in the 21st century. In the latest Demographia study, Kuala Lumpur had the eighth best housing affordability out of 18 metropolitan regions around the globe, with Hong Kong homes costing 19 times income and Beijing 14.5 times.

Malaysia's central bank is seeking to strike a balance: its housing website aims to show transparency in the market while the lender also stands firm on stricter financing rules introduced since 2010 to curb speculation, as well as measures to promote responsible lending amid elevated consumer debt.

Household debt as a proportion of gross domestic product fell to 88.4 percent last year from 89.1 percent. It's still one of the region's highest and the nation needs to be careful of such levels, central bank Governor Muhammad Ibrahim said in July. The central bank has left borrowing costs unchanged at 3 percent since July last year.

"It is an issue of not having enough income and houses being too expensive" Muhammad told a conference in August, reiterating that "the problem is not about access to creditâ€ and the lender "must have the courage to say it loudly and clearly to the public.â€

Only about half of people living in Kuala Lumpur own a home, while nationwide the number was 72.5 percent at the last census in 2010. Demand is set to rise: the median age of Malaysia's 31.7 million people is 28 years and the nation's urban population is growing at an average 4 percent a year, among the fastest pace in East Asia, according to the World Bank.

Najib has pledged to focus on boosting living standards when he tables next year's spending plan in parliament this month. He may announce an increase in the number of affordable homes built by state-linked companies, tax relief for private developers and subsidies for affordable home buyers, RHB Research Institute Sdn said last month.

Filling the gap Banks are being "prudent and responsibleâ€ in providing finance to buyers, an association of Malaysia commercial lenders said in a statement this week. It was seeking to refute claims by developers that house buyers are finding it harder to obtain a housing loan and that approval times are increasing.

Developers should instead be looking at their own industry, said Paul Selvaraj, secretary general of the Federation of Malaysian Consumers Associations.

"The focus should be on building houses which people can afford, not building expensive houses and then try to push them, and then complain that the banks are not giving loans" he said. "The reason people are having problems getting loans is that the houses are not affordable. It's beyond their repaymentâ€ ability, he said.

Some developers are slowly starting to fill the demand. Mah Sing Group Bhd, the nation's third-largest, is selling apartments within 5 kilometres from Kuala Lumpur's centre with prices starting from RM328,000 for a 650 square foot unit. That's the maximum price a family on the city's median income could afford.

The problem is set to become a bigger one over time. There is currently a shortage of 960,000 units of affordable housing in Malaysia, with the number projected to reach 1 million units by 2020, according to the central bank's estimates.

"It's a very important issue for Najib to address" said Wan Saiful. "I'm just really wondering what more can Najib do other than providing heavy subsidies, at a level that maybe even the government cannot afford to do.â€

Part 2 Should You Hire a Mortgage Broker for Your Housing Loan in Malaysia?

Part 1 Should You Hire a Mortgage Broker for Your Housing Loan in Malaysia?