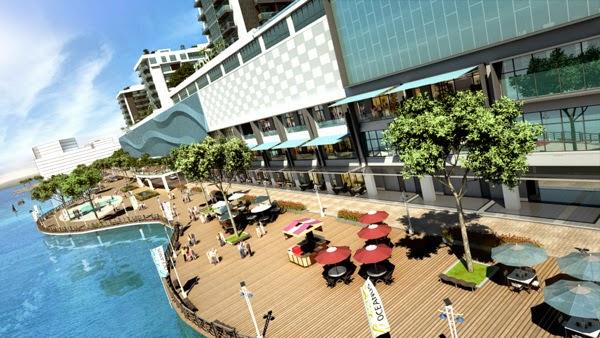 Reports of Retail Glut Is Not Accurate

CK Wong, Director of Azmi & Co Sabah says talks of an oversupply of mall space in Kota Kinabalu is not accurate and studies need to be more comprehensive and holistic in their approach.

The retail industry, specifically the malls segment, has been a topic of hot debate recently with talks of a glut and a seemingly underwhelming performance of new complexes stirring the mouthpieces of the industry. CK Wong and Azmi and Co Sabah, the firm that recently took the management helm at Oceanus Waterfront Mall, commented at length regarding the matter in a recent interview with Property Hunter. Here is a snippet of the interview, shedding some light on the issue and dousing some water onto the flames. Here's what he had to say about KK's commercial segment:

A commercial glut in the Sabah market?

According to CK, the consensus and comments coming from some sources are very general and does not reflect the actual dynamics and location of the malls saying, "A recent news article concluded that retail space is at 14.6 sqft per person based on KK's population of half a million and the present and incoming supply of about 7.3 million sqft, comparing this to Klang Valley's ratio of 8 sqft per person. This may not present a genuine picture as KK is a capital city that serves the west coast region with a population that is definitely more than a million, in fact about 1.4 to 1.5 million.â€ He added that tourism arrivals will increase retail expenditure and thus supporting demand of retail space.

CK mentions that some articles provided facts that are not accurate and neglects an important driver of demand which is tourism. "The population was quoted at 500,000, which is for KK District only and ignores its immediate surrounding districts like Penampang, Putatan and Tuaran. In fact, Putatan and Penampang districts were formerly under Jesselton Rural District Council and part of Kota Kinabalu. To me, we should include these 3 districts, which can also be referred to as Greater KK, for want of a better description" says CK and believes that we are looking at a catchment of about a million if these districts are rightly included.

KK has a larger catchment area CK believes, as it brings in plenty of people from outside of its borders, "If we include districts within an hour's drive up to Kota Belud and Papar, it would be around 1.5 million. This adds up to a rate of about 7 sqft per person which is lower than the rate of 8 sqft in the Klang Valley. "My point is, statistics must be correctly collected, applied and interpreted with proper insights.â€

Catch the full interview with CK Wong in PH Magazine no. 93 as he talks about the plans and prospects of Oceanus Waterfront Mall, as well as the challenges and how to address them.