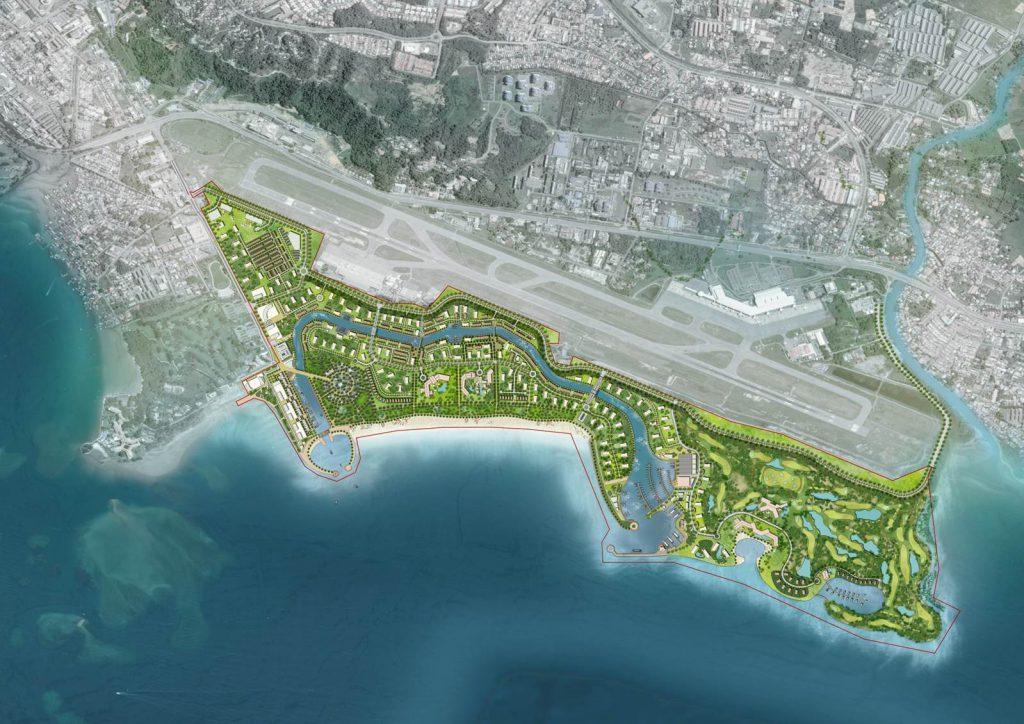 Many people have been wondering about the business model of Tanjung Aru Eco Development (TAED) is using to develop the Tanjung Aru beachfront. Little is known of the financial side as efforts to explain to the public had been confined to the erosion of the beach as the reason, thus the project was badly needed.

"With the recent item in the local daily, things are clearer now."

"It appears you alienate the land, of course, owned by the government, put visuals on it then just sell each parcel to the highest bidder."

"The bidder will then develop according to the guidelines not even set by the City Hall if we understand it correctly."

"TAED - Somehow you get the feeling our local people will get fooled again!"

According to TAED CEO Victor Paul, "this will be the first approved Local Plan in Sabah with the one-stop centre for fast development approvals outside of the Mayor's power.â€

But the question now is, how does the Mayor Datuk Yeo Boon Hai feel now that he has been sidelined? Is this in order from the legal point of view?

The project has now become private where land banks are being created to sell to developers. A zoning plan, after all!

With this model in mind, TAED is now offering 39 development lots for the public out of 44 lots. What is going happen with the other five lots; who are they reserved for?

As reported in a recent news posting in Borneo Today, with all these strange arrangements with a de facto Mayor and all, what is going to happen to the public park area promised by Datuk Yeo that it would be accessible to the public all the time? Does it still stand? He did say if it was not gazetted as such by a certain time, he would resign. Has that been done and when?

It would also be interesting to see who would purchase these lots as the target was investors from China, but now, its Central Bank is not allowing the Chinese to buy properties overseas anymore.

With a soft property market, it is going to be tough, unless of course some offshore nominee companies acting on behalf of some wealthy people here, will get into the act to displace local people from their heritage.