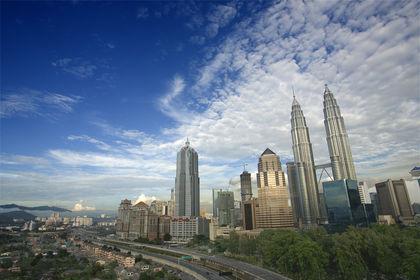 He said the achievement was a result of hard work and the government's perspective in establishing good relations with other countries,

In his blog, najibrazak.com today, Najib said the country had created a history when it recorded 24.3 per cent increase in the trade sector, an increase to RM430.5 billion compared to the same period last year.

"In March alone, the country's export has reached RM82.63 billion, the highest monthly figure for Malaysian exports ever achieved.â€

Citing good relationship with China, Najib said Malaysia enjoyed many benefits from it.

"Now our country is allowed to export raw bird's nests to China following my visit in 2016. It has benefited around 10,000 farmers who are involved in this industry, thus providing them with additional income.

"At my request, China has also increased its palm oil purchase and we have recorded a 53.6 per cent increase over the last six months of last year.

"The government also has opened the doors to Malaysian companies to cooperate with companies from China through various Memorandum of Understanding (MoU), with values of more than RM175 billion, signed during my visit last year and this year.

"Likewise, our relationship with India, today many Malaysian companies are actively bidding development projects in the country, particularly after six MoU signed between the Construction Industry Development Board (CIDB) and industry players there.

"We have also successfully inked MoU worth over RM158 billion during my visit last April.â€

He said Malaysia was well accepted by other countries such as Japan, Indonesia, Saudi Arabia and Germany.

"Our cooperation with these countries has proven to be beneficial to the nation.â€

He said a deal with Aramco had brought in a total investment of RM31 billion.

"The establishment of Malaysia-Japan Economic Partnership Agreement has further strengthened trade and investment ties between the two countries.

Najib said he hoped that his working visit to the United States will go smoothly and open up more cooperation between the two countries.

He said Malaysia's position in Asean had also benefited the country.

"Through the Asean Economic Community, Malaysians now have access to a USD 2.55 trillion (RM10.71 trillion) economy, with a population of more than 622 million people.

"Furthermore, we have the opportunity to make strategic cooperation with partners who have common interest with us.

"For example, we have agreed with Indonesia to enhance cooperation in the palm oil sector, particularly when we both are facing anti-palm oil campaign, which gives negative sentiments to palm-producing countries, launched by the European Union.â€

He said what had been listed were only part of the benefits that the country has been enjoying because of good relations with other countries.

"We have to remember that foreign investment helps us grow our economy despite the uncertainty of the global economy.

"We cannot be ignorant and refuse to work with other countries, tricked by sayings that the inflow of foreign investment as selling the country's sovereignty.

"We should not deny the benefits it (good relationship with other countries) brings to the people.â€

Najib said the opposition leaders were all aware of the importance of foreign investment for economic prosperity.

"That is the reason why they are always abroad.â€

Najib said there were previous leaders who often used the rhetoric â€˜selling the country (jual negara)', but in reality many loans were made during their time.

He said the country received development loan of 61.5 billion yen from Japan to build Kuala Lumpur International Airport in 1994.

"Does that mean that we have sold the nation's sovereignty? Not at all!

"Therefore, I hope the public will not be influenced by dirty political tactics aimed to scare the rakyat. Such tactics will only hurt us.

"InsyaAllah (God willing) I will continue to build diplomatic relations and economic cooperation with other countries and be even more committed in bringing the hopes and interests of Malaysians in the eyes of the world.â€