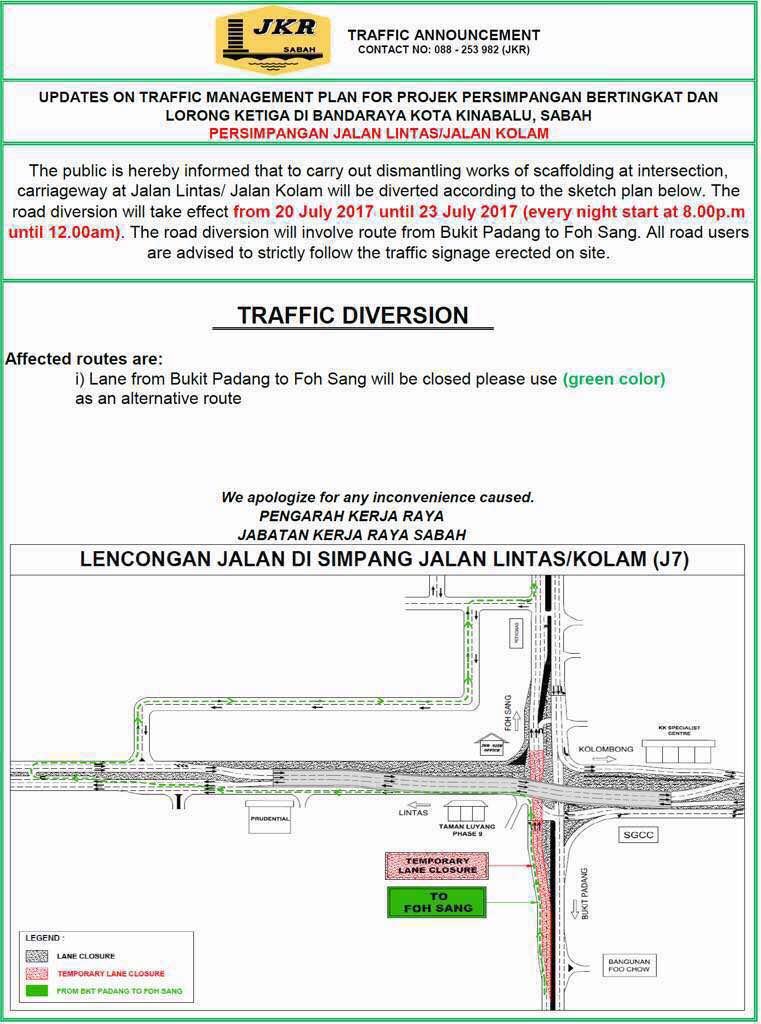 Jabatan Kerja Raya (JKR) Sabah has issued a noticed informing the members of the public of the traffic diversion at Jalan Lintas/Kolam.

The road diversion, which will see the dismantling works of scaffolding at the intersection carriageway at Jalan Lintas/Kolam, will take effect from 20 July 2017 until 23 July 2017 at 8pm - 12am.

All road users are advised to strictly follow the traffic signage erected on site to avoid unwanted mishaps.

Affected routes are: i) Lane from Bukit Padang to Foh Sang will be closed. Please follow the green coloured lane (as drawn in the picture) as an alternative route.

Phase 1 of the Jalan Lintas/Kolam flyover was opened to the public on 9 December 2016.