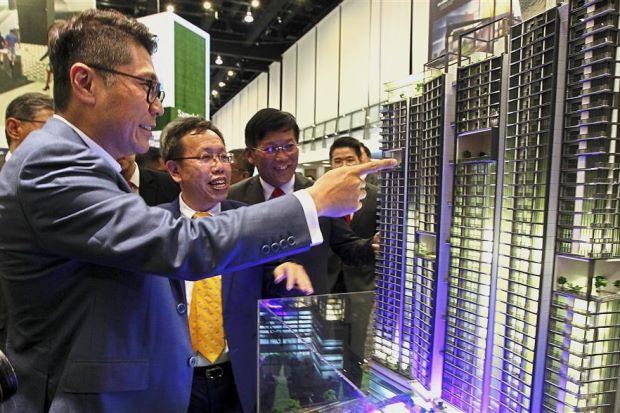 House Prices May Increase in Sarawak


The lack of affordable homes for the mid-income group could contribute to the hike in house prices, with double-storey terrace homes in Kuching expected to cost over RM1 million in the next five to 10 years.

This comes as Sarawak was listed in the severely unaffordable category of the Malaysia housing affordability index, even surpassing Kuala Lumpur.

"Developers are facing challenges of high cost of labour, land, construction and other compliances" said Joseph Wong, president of Sarawak Housing and Real Estate Developers' Association (Sheda), at the opening of the opening of the 20th Sheda Property Expo 2017, which saw more than 70 exhibitors and 100 booths.

"The rise in labour cost will double in the next decade as the weak ringgit may deter foreign workers from working here.â€

The rate of increase in house prices and labour cost may be exacerbated by government policy changes like the prohibition to house construction workers on construction sites and the proposed shifting of foreign worker levies to the employer noted Wong.

"Despite the ongoing hurdles, demand for affordable homes remains strong as seen in Property Guru's Affordability Sentiment Index 2016, where 40 percent of respondents are looking at buying affordable homes priced between RM250,000 and RM350,000" he said.

"In order to overcome the predicament, more affordable housing initiatives from the government and developers need to be encouraged.â€

He revealed that Sheda had submitted to the state government several measures to stabilise house prices.

Among the proposals was encouraging property developers to use the Industrialised Building System (IBS) in constructing affordable homes in order to speed up production and reduce cost.

Amendments to the Strata Title Management Act and Strata Title Ordinance 1995 have also been proposed by the association to address issues relating to the issuance of strata title involving private and public housing developers.

Sheda also called for more intervention from the state to introduce eco-friendly homes, such as the use of solar panels in future residential properties, said Wong.

"While our high-end housing market is oversaturated, we have neglected a huge market - the middle-income group" he said.

Local Government and Housing Minister Datuk Dr Sim Kui Hian, on the other hand, noted that Sarawak needs around 60,000 units of affordable homes for the low-income group.

In light of the deadly fire that engulfed London's Grenfell Tower on 14 June, Dr Sim revealed that local councils in Sibu, Miri and Kuching have been mandated to conduct checks on all high-rise buildings within their area to ensure that they comply with Fire and Rescue requirements.