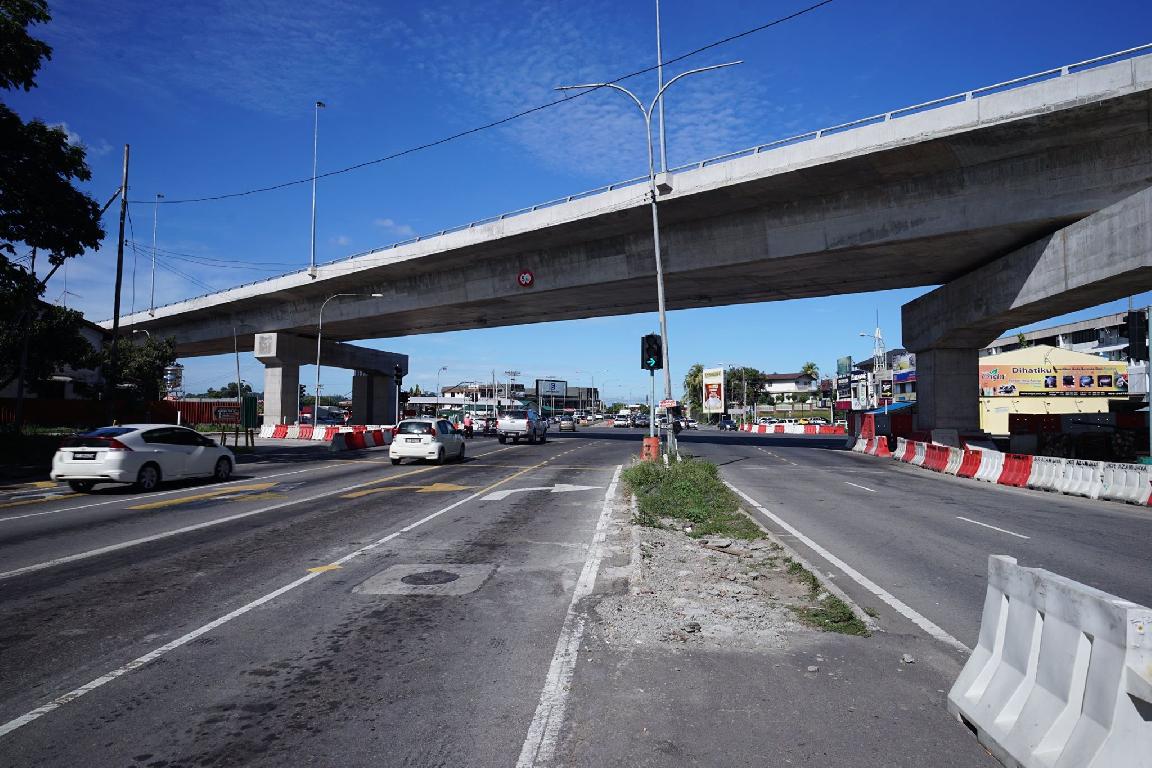 Three More Flyovers to Be Constructed

Another three flyovers are set to be constructed this time along the Lintas-Lido-Hotel No 5 stretch.

In Lintas, it will be two U-shaped flyovers, the first being near Hilltop Prudential building and the other at Taman Milik.

Those taking the Hilltop Prudential building flyover can go straight to Kepayan, Penampang, the Kota Kinabalu International Airport, and Putatan as well as Papar.

Those from Tuaran, Kolombong, Hilltop and Taman Jindo who wish to go to Lintas Plaza and Lintas Square need to go through the Taman Milik U-shaped flyover.

The flyover will stretch from Lintas Plaza to the Prudential building and Lido, with motorists also able to make a U-turn at Taman Milik to head to Lintas, Foh Sang, Kolombong or Bukit Padang.

The second flyover is from Lido, going down to the F3 furniture building and from Venetian Club go up the flyover at Hotel No 5 straight to the airport.

Those coming from the airport can go through the same flyover before heading towards the Jalan Kolam flyover towards the direction of Kolombong and Tuaran.

The stretch which is expected to be completed by June 2020 will also help ease traffic at the Jalan Lintas-Kolombong stretch which is notorious for congestion, especially during peak hours.

There will also be no more traffic lights in the Lintas area once the flyovers are completed.

This will be the sixth flyover to be constructed in the State capital, the other five being at Karamunsing, Jalan Nenas, Warisan, Lintas-Bukit Padang, Mile 5 1/2 and near the Kota Kinabalu International Airport.

This article was first published in Daily Express